Branded parties are taking over the world.

In your parents’ day, parties happened organically: a few guys picked up guitars, someone brought a case of vodka, and the invites were handled by rotary phone or carrier pigeon, or whatever they used last century. 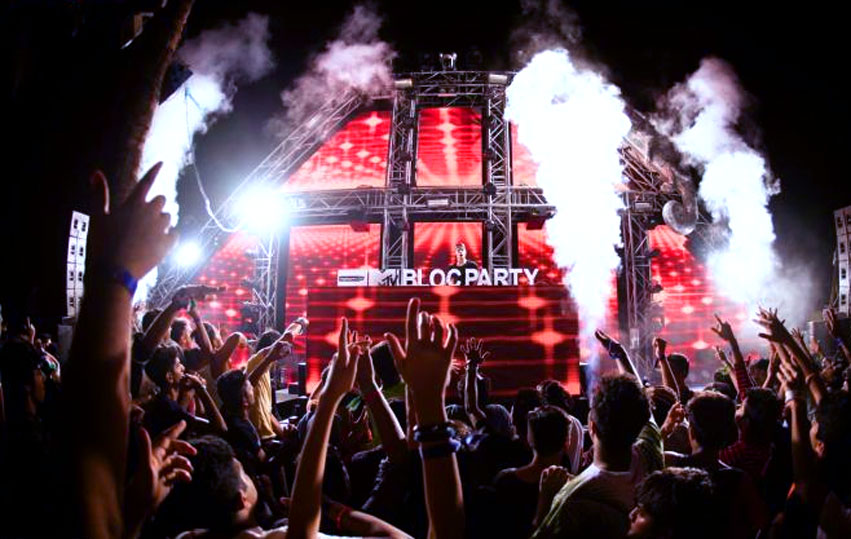 Today’s norm is for massive music labels to organize their own mega-parties, with big name DJs headlining a series of events in dozens of cities around the globe. Brands and music labels like MTV, Ministry of Sound, and Mad Decent have perfected a formula for throwing one party after another that leaves guests joyfully exhausted and begging for the next one.

It’s no surprise that these branded parties have exploded in popularity. Who doesn’t want to be part of a worldwide party? Knowing your brothers in Croatia and you sisters in Mexico are dancing to the same beats, under the same brand umbrella, creates a feeling of love and oneness that aligns perfectly with the EDM tribe’s spirit. Themes like Spring Break, 90s Anthems, and Tropical Nights add a dimension of festivity to these already out-of-control parties. Nothing is off limits, and in many cases, the weirder the theme, the better it is.

DJs of colossal renown have replaced the David Bowies and Mick Jaggers of mom and dad’s generation, and the kids want to party under the reign of these musical geniuses. DJ parties are nothing new, but when a famous musician teams up with a killer record label, the experience is taken to a transcendent level that the world hasn’t truly seen until now.

Take Ministry of Sound’s upcoming M25 festival, an event celebrating thousands of successful parties thrown in the last 25 years. Ministry of Sound probably had no idea what kind of movement it was starting when it opened the doors to its first house music club in 1991. Since then the brand has become a household name, bringing the world’s best DJs to a party near you. Today, the group and its partners host more than 1,500 branded parties each year. Music will never been the same.

With the warmer weather at hand expect branded party festivals to start cropping up in every corner of the Northern Hemisphere. An alternative to the sweaty, boxed in nightclub and its sticky floors, festivals will be thronged this summer with millions of feet dancing to the grooves of the biggest names in house music.

In recent years we’ve seen branded parties invade university and college campuses, as well. Music labels know well enough to “get them while they’re young,” and so have partnered with student unions and campus organizations across UK and Europe to organize campus-wide takeovers of nightclubs, bringing their resident DJs (some of the world’s biggest) to the student body.

A few blokes may still pick up some guitars from time to time, but you can bet that the size and spectacle of these branded parties will only continue to grow as more labels get into the business of throwing bashes to promote their artists, and simply have a great time. We completely approve.