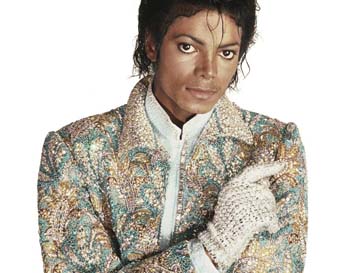 A famous white glove of Michael Jackson was sold at auction for $51,880.

A famous white glove of Michael Jackson was sold at auction for $51,880.

Bidding for this unique accesory started at $20,000.

Wearing the white glove on the right hand has become a trend. "Why one glove? Cooler than two." That was Jackson's answer on all the questions arisen.

Together with the glove the winner of the auction received a Bedar's photo with himself wearing the accesory and pictures of the paintings made for the Thriller singer. A declaration of authenticity signed by Bedar was also given to a happy owner of a relic.