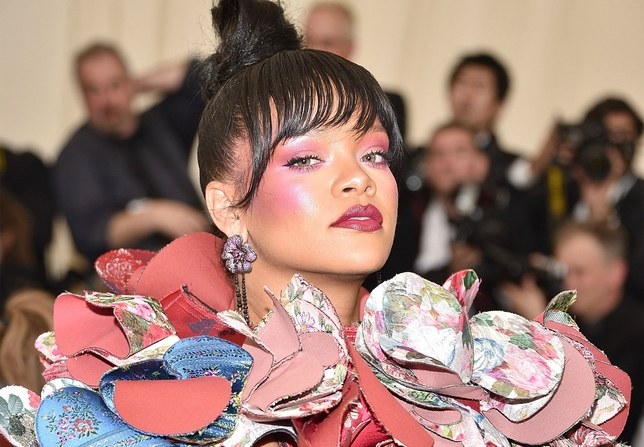 Rihanna has lost in weight

It is an open secret, that Rihanna has a tendency to corpulence. However, her cuddly body always carries off her fans feet - they are sure that RiRi is a seductive woman. She has lost weight and gained in weight several times, but she has always been hot.
Recently it has become known that the singer has been dating with an Arabian multi-millionaire Hassan Jameel. She was pictured with this extremely rich man in Spain several weeks ago, and her body wasn't slim. Some people suggested she was pregnant, some claimed that Hassan prefers fleshy women.
However, Rihanna showed off her bikini body when she appeared at the party at St Martins Hotel London. She wore a clinging dress, which demonstrated her lovely shapes. No doubt: she looks perfect.