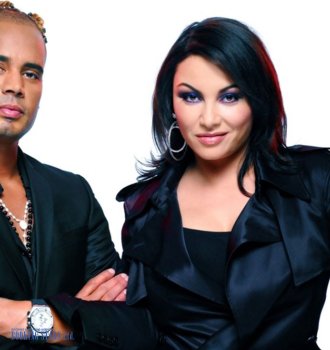 This dance group first appeared in 1991. It was founded by Jean-Paul DeCoster and Phil Wilde. The group also included the Dutch rapper Ray Slijngaard and vocalist Anita Doth. At first, the producers (Jean-Paul DeCoster and Phil Wilde) worked together under the name Bizz Nizz. They released a single entitled “Don’t Miss The Party Line”. After it turned out to be a huge success in the UK, the men decided to go on working together. Soon after, they produced one more track entitled “Get Ready For This” that needed vocals. That’s why they decided to invite Ray Slijngaard to work with them. They listened to the tape received from him and found out that Ray had decided to use a female vocals in the song. This was a good friend of his Anita Doth that contributed to the production of the song. The producers liked the result so much that they decided to form a duo to frontend the group. As a result, the 2 Unlimited appeared.

Once the first single released by the group became internationally popular, they signed contract with the Byte Records (located in Belgium) and a number of other record labels all over the world. Soon after it, the group released its second single “Twilight Zone” that was no less successful and presented to the public their debut EP “Get Ready” that was certified Gold in the US.

The next singles entitled “No Limit” and “The Tribal Dance” contributed to the international fame of the band and were certified Platinum and Gold respectively.

The “No Limits!” album released later on turned out to be even more successful than the first one. It was included in the list of 5 best albums charts. Overall, there were 3 million copies of it sold in Austria, Germany and Switzerland.

The band was said to be over not long after the compilation of their best hits was released. The last hit produced was “Spread Your Love” back in 1996. Slijngaard and Doth started to perform together once again 13 years later in 2009. Their first performance took place during the “I Love The 90s” concert.

Overall, there were 18 million copies of the band’s records sold. Many songs of the band are now used as themes for US sporting events.