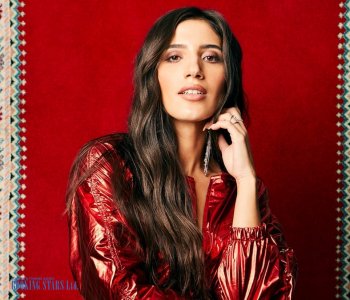 From North Africa to New York City, singer/songwriter Abir buffers her joyful dance-pop with a strong, soulful voice, joining the ranks of contemporaries Dua Lipa, Jess Glynne, Alessia Cara, and Daya. After contributing guest vocals to a handful of tracks early in her career, she made her solo debut in 2016 with the Masego-assisted "Wave." She later represented Morocco in back-to-back Europa Song Contest competitions before issuing her debut EP, Mint, in 2018. She further bridged the gap between East and West on 2020's Heat EP, which incorporated sounds from her heritage into her style.

Born Abir Haronni in Fez, Morocco, she moved to the U.S. with her family when she was just five years old. Raised in Arlington, Virginia, she started singing soon after the family relocated, heavily influenced by Etta James, whose CDs she listened to while cruising with her limousine-driving father. In addition to James, Haronni also drew from her family's home continent, drawing inspiration from revered Egyptian singer Umm Kulthum. As she grew up, formidable divas Celine Dion, Whitney Houston, Sarah Vaughan, and Beyonce influenced her style and powerful vocals.

She made her earliest appearances on tracks with rapper Fabolous (2015's "Young OG II") and producer Illmind (2016's "Fallin") before making her solo debut with "Wave," a collaboration with Masego. She also joined the likes of The-Dream and Dawn Richard on the road. From there, the then-twentysomething vocalist issued "Playground" and the attitude-packed "Girls." In 2018, she expanded her presence to an international level, representing Morocco in the seventh Europa Song Contest with her single "Way Out." Months later, she returned for its eighth tournament with "Finest Hour," a bright, electronic collaboration with American EDM group Cash Cash. Seizing her moment, she released her first EP, Mint, which included an acoustic version of "Finest Hour" and "Young & Rude," a carefree anthem inspired by her move to New York City. To promote the effort, she hopped on tours with Kiiara, Jacob Banks, and Jess Glynne. Her second EP, Heat, landed in the summer of 2020 and featured the single "Inferno."