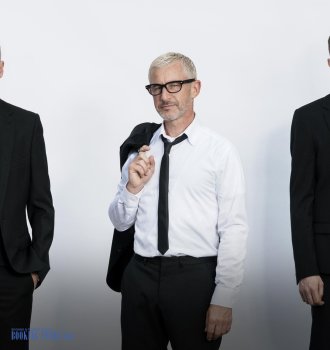 The progressive trance group Above & Beyond was formed in London, in 2000. The current lineup includes Jono Grant, Tony McGuinness, and Paavo Siljamäki. They are particularly famous for such songs as “Thing Called Love”, “Black Room Boy”, and “You Got To Believe”. The band earned several awards including 3 A State of Trance awards.

At first, the band was actually a duo, which consisted of Jono and Paavo. They met at Westminster University at a student party. In 1999, the duo released their first official DJ Mix Anjunabeats Volume 1. Together with the original song, the label released Tease Dub Mix, which became very popular in various English nightclubs and was supported by Paul Oakenfold, Paul van Dyk, and Pete Tong.

In 2000, the duo turned into a trio called Above & Beyond. The name comes from a motto, which Jono found on the internet. By the time their first remix was released, the band wasn’t very popular but they managed to snatch the A-side from Rob Searle & Tilt. The remix topped the charts.

After the first big success, many popular labels became interested in signing a contract with the trio. Soon they recorded the remixes to such songs as Aurora’s “Ordinary World”, Fragma’s “Every time You Need Me”, and Adamski’s “In the City”. The most famous remix created by Above & Beyond was Madonna’s “What It Feels Like for A Girl”. Madonna and her husband Guy Ritchie liked the song so much that they included their remix on the album. In 2003, after a small break, the band started recording new remixes, including Tomcraft’s “Loneliness”, Motorcycle’s “As The Me”, and Britney Spears’ “Everytime”.

In 2002, the band released their first single “Far From In Love”. It was widely supported by the critics and favored by the fans. While writing their own music, the band members started DJing and gave their first concert in Tokyo. Two years later, the group debuted at the Passion festival.

In 2006, the band released the debut album Tri-State. While it didn’t get into the charts, it got good reviews from the critics. The band released 5 more successful studio albums, the latest one to date being Acoustic II (2016), which reached the 52nd spot on the UK Albums Chart. The band members continue to work on new music and perform live. 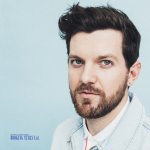