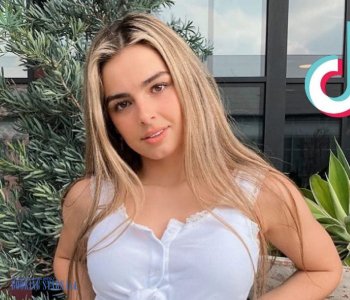 TikTok star who primarily posts dancing and lip-sync videos to her addisonre account. She has gained over 79 million fans on her TikTok account. In late 2019, she joined Charli D'Amelio, Chase Hudson and other popular TikTok creators in forming the collaborative group The Hype House.

She began dancing competitively at the age of six. She also practiced gymnastics and became a member of her high school cheer team. She first posted to her Instagram account back in October 2014. She attended Calvary Baptist Academy in Shreveport, Louisiana.  In January 2020, she signed with the talent agency WME. S

he began co-hosting the podcast Mama Knows Best with her mother Sheri Easterling in 2020.

She was cast to provide the voice for the lead character Marnie in the 2020 animated film Spy Cat. It was announced in September 2020 that she would star in the feature film He's All That. In March 2021, she released her debut single titled "Obsessed."

Her last name is Easterling. She has two younger brothers named Enzo and Lucas. Her parents are named Sheri and Monty. She is featured alongside her family members on the TikTok account The Rae Family. She dated fellow TikTok star Bryce Hall.

She was featured in events throughout the 2020 NBA All-Star weekend alongside Charli and Dixie D'Amelio. She's collaborated on TikTok dance videos with celebrities such as James Charles and Mackenzie Ziegler.