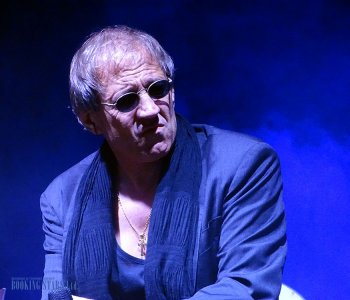 Adriano Celentano is a world-renowned artist, who has millions of fans all over the world. They love the celebrity’s concerts, the tickets to which are often sold out. Meanwhile, there is one more artist, who looks exactly like the legend. He is Adolfo Sebastiani, the greatest impersonator of Celentano alive. He looks almost exactly like him, just a bit younger.

Adolfo doesn’t just look like Adriano or move like him. He also has an excellent voice. When Sebastiani sings, it nearly impossible to tell his and Celentano’s vocals apart. Only the most dedicated fans or people close to Adriano can figure out which one of the two artists is singing.

Before Adolfo Sebastiani became famous, he worked in one of the Italian banks. People on the streets often confused him with Adriano and asked for an autograph or a photo. With time, Adolfo’s artistic talent, musical skills, and love for singing helped the artist make a decision about a career change. Sebastiani quickly turned into a celebrity.

In 2002, he formed a project called Adolfo e la Band. Besides Adolfo, the lineup included several other musicians. In just a couple of months, the band became successful and earned popularity in Italy and beyond.

In the beginning, Adolfo’s act wasn’t as polished as he wanted it to be. He had to work on the image of Celentano, the songs he chose to sing, and the celebrity’s manners and body language. Sebastiani strived hard to copy the legend and perfected even the smallest details. With time, Adolfo was becoming closer and closer to Adriano. Eventually, he even managed to copy Celentano’s temper, which was the Italian singer’s calling card.

Adolfo Sebastiani worked on the tone of his voice, his habits, body language, and much more. It took him long months to become an ideal copy of the legendary singer and actor. Adolfo and his team rehearsed every day and gave regular concerts to hone their skills. Soon they became true experts at what they did. Today, it’s hard to tell Adolfo and Adriano apart, especially when the former is performing on the stage.

Adolfo and his band began performing at musical events and on the streets of Italian cities. The project got the name, Adriano Celentano Tribute.

Between 2003 and 2007, the artists gave numerous concerts and sharpened their skills even further.

Not too many fans know that back in 2002 Sebastiani met Celentano for the first time. The famous singer offered the impersonator a job. Adolfo had certain responsibilities, which had to do with interacting with the fans and media to help the artist rest and relax.

Sebastiani doesn’t just look like Celentano. He has a similar physique, height, and weight. Even without makeup, the lookalike is a younger copy of Adriano. Together with the group called Lui e gli amici del Re, Adolfo formed Adolfo e la Band. When Sebastiani decided that he developed his skills well enough, the band started touring Europe and giving memorable concerts. They do such a good job, that the act is still highly demanded all over the world. Many fans want to book Adolfo Sebastiani for private events.

Lui e gli amici del Re is Italian for “King’s friends and him”. For over 15 years, the Adolfo and his band give concerts all over the world and conquer hearts of the new fans.

Adriano Celentano rarely appears on the stage anymore due to his age. However, he enjoys interacting with his fans. Adriano’s fans happily attend Adolfo’s concerts and are always ecstatic to see Adriano come too. Both artists enjoy this collaboration.

Sebastiani has numerous fans as well. In the past 15 years, he managed to give hundreds of concerts and conquer the hearts of music lovers in Italy and beyond. He performs in such countries as Germany, Spain, Russia, Ukraine, Austria, Estonia, and others.

The tickets to his shows sell out very quickly. Each performance is unique and gets many positive reviews from the fans and music critics. Adolfo is Adriano’s official impersonator, who is always ready to give out autographs and take pictures with his fans.