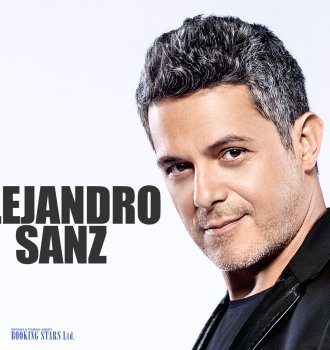 Alejandro Sanz (real name Alejandro Sánchez Pizarro, also known under the pseudonym Alejandro Magno – Alexander The Great in Spanish) was born in Madrid on 18 December 1968. Alejandro loved music since he was a child. Sanz’s father worked in a bookstore and was an amateur guitar player. Thanks to him, Alejandro learned how to play flamenco music when he was just 7 years old.Alexandro Sanz writes lyrics to all the songs he performs. He is one of the most influential Spanish-speaking artists of the past three decades. Sanz has 17 Latin Grammy Award and 3 American Grammys. It’s more than any other Spanish-speaking artist managed to earn. Sanz recorded 11 studio albums, 10 of which received at least one platinum status. More than a third of his singles have reached the top spot on the Spanish charts.

Alejandro earned international recognition in 1995 after the release of his LP 3. He was already a very famous artist in Spain when this LP reached the 78th spot on the Netherlands chart. At the same time, the single "La Fuerza del Corazón" made it to the 9th spot of Billboard US Latin Pop Chart. The popularity of the singer was sharply increasing. It became nearly impossible to book Alejandro Sanz for any event.

The next LP Más (1997) sold over five million copies. It earned 22 platinum certifications in Spain and became the most popular Spanish album in history. The single "Corazón Partío" didn’t just conquer the Spanish chart, it topped Billboard US Latin Pop and Tropical charts. The song brought Alejandro an Ondas Award.

In 2000, Sanz released the album El Alma al Aire, which helped him earn four Latin Grammy Awards. Two of them the singer received for the song "Cuando Nadie Me Ve". The LP topped Spanish and Mexican charts and made it to the third spot of Billboard Top Latin Albums chart.

In 2009, Paraíso Express became the first Alejandro’s album to top Billboard Top Latin Albums chart. It was also certified platinum four times in Spain and once in Mexico. The single “Looking for Paradise", which Sanz performed with Alicia Keys, became an international hit.

Even though in a couple of years Alejandro will celebrate the 30th anniversary of his first album’s release, he is becoming more and more popular in Spain and abroad. He continues recording hit songs and performs live. 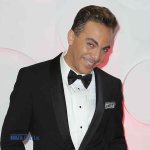