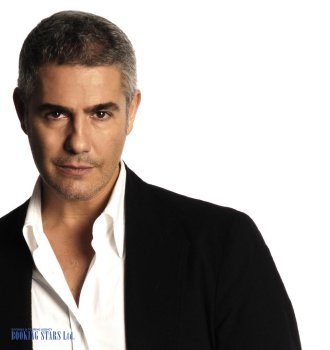 Alessandro Safina was born in a historical Italian town Siena on 14October 1963. He grew up in a family of music fans. Alessandro’s mom was a big opera lover while his dad was an amateur singer. Safina started studying opera when he was still a kid. When he turned five, the boy began taking music lessons. Several years later, Safina started earning money to pay for his music lessons by working in a stationery shop, owned by his family.

When Alessandro turned 17, he was accepted into a Florence conservatory Conservatorio Statale Musica "Luigi Cherubini." Even though Alessandro was studying opera, he was also a fan of pop music. He discovered pop music when he was still a teenager. Safina favorite bands were Genesis and U2. Back then, the talented young man was already thinking about creating a new form of music, which would combine pop and opera. However, it took him some time to bring the idea to life.

After finishing his conservatory studies, Safina went to law school. He remembers the days in school with sadness since it took up too much time and didn’t bring him any benefits. Soon, the young man met a famous Italian composer Romano Musumarra. Together with him and Eric Ghenassia, Safina recorded Insieme a te (2001). The album was Safina’s dream come true. He mixed opera voice with pop music and created a unique style. The experiment was very successful. The album sold over 700,000 copies worldwide. The single “Luna” became a big hit. It seemed impossible to book Alessandro Safina, regardless of the size of the event.

Since a wonderful tenor voice was coupled with handsome looks, Alessandro quickly became popular. Many people compared his looks to George Clooney’s. People magazine put him on its 50 most beautiful people list in 2000.

In 2002, Safina was invited to a prestigious event, Royal Variety Show, which took place in London. The event was attended by the British queen. Safina performed "Music of the Night" from Phantom of the Opera musical. The same year, Alessandro conquered the hearts of the American audience. He gave a concert in the ancient theater El Greco. The recording of this concert appeared on PBS. After the performance, the LP Alessandro Safina came out in the USA. The same year, Safina recorded “Your Song” with Elton John. Later, Alessandro joked that after performing with Elton John, he has only one dream left – to sing with U2.

In 2007, Safina recorded Sognami. The same year he released a successful single "Life Goes On", which was recorded together with a famous Netherland singer Petra Berger.

Alessandro Safina travels the world and gives an impressive number of concerts. The atmosphere at his concerts is so intriguing and relaxing that finding an empty seat is virtually impossible. 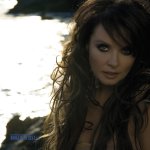