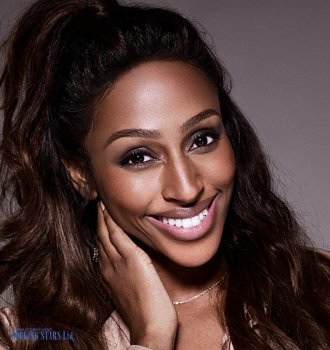 Alexandra Burke was born in 1998 in London. Her mother, Melissa Bell, was a vocalist in the R&B and soul band Soul II Soul. Burke has a sister and three brothers. Alex started singing back in kindergarten, trying hard to copy her mother. When she was nine, Burke sang on stage in Bahrein during the performance of Soul II Soul. At 12, the future celebrity performed at a TV talent show, Star for a Night. She came in second.

After graduating from high school, Alexandra decided to devote her time to her music career. On weekend, she performed at the local nightclubs, worked with choir concerts Young Voices, and collected money for children with leukemia. In 2005, the young woman tried out for X-Factor but turned out to be too young for the project. Burke didn’t give up and continued honing her singing skills.

In 2008, the aspiring singer made another attempt. After ten weeks of grueling rehearsals and nerve-racking performances, Alexandra won the competition. As a prize, she got a contract with Syco label for 1 million pounds. In December 2008, she released her first official single, “Hallelujah”, which immediately topped the UK Singles Chart and sold 576,000 copies in the first week. The song earned a title of the most sold single of the year.

In October 2009, the singer presented her debut LP, Overcome, which easily topped the UK Albums Chart. The album sold 132,000 copies in the first week. Soon, she released a new song “Bad Boys”, which topped the UK Singles Chart. Many organizers tried to book Alexandra Burke for private events.

In January 2010, Burke released the second single from Overcome, “Broken Heels”, which was recorded as a dance song. It reached the eighth spot of the UK Singles Chart. In May, she presented “All Night Long”, which came in 4th on the official British chart. The music video for the song was named the Best Music Video at Urban Music Awards. In August, one more single featured in the album, “Start Without You” topped the charts. The singer earned a prize at BT Digital Music Awards for Best Female Artist.

Between January and August 2011, Alexandra toured the UK and Ireland to support the debut LP as part of All Night Long Tour. In the summer, she was planning to release her second LP. It was delayed since Burke decided to sign a contract with RCA Records. The album featured mostly dance songs.

In June, the second LP, Heartbreak on Hold, finally came out. It earned mixed reviews from the critics and reached the 18th spot of the UK Albums Chart. In December, Burke released a two-track EP, Christmas Gift. Critics gave it excellent reviews, noting Alexandra’s amazing vocal skills. In June, Burke cancelled the contract with RCA Records due to disagreements about the third album. In August, she self-released an EP, #NewRules.

In June 2014, Burke debuted in The Bodyguard Musical, where she portrayed Rachel Marron. Since February 2015, she toured with the musical all over the UK and Ireland. In July 2016, Alexandra appeared in the musical Sister Act as Deloris Van Cartier. In August, Alexandra’s mother, who was her idol, died. It was a tough time for the singer.

In 2017, the artist appeared on the TV show Strictly Come Dancing. She and the Spanish dancer Gorka Marquez came in second.

In December 2017, Burke signed a contract with Decca Records. In March 2018, she presented her third LP, The Truth Is, which settled on the 16th spot of the UK Albums Chart.