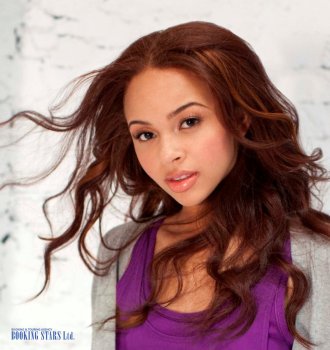 Alexis Jordan is an American singer. She was born on April 7, 1992, in Columbia, South Carolina. She is mostly famous for her songs “Happiness” and “Good Girl”. She released two studio albums and was working on the third one, however, none was forthcoming.

When Jordan was 12, she performed the national anthem at the United States Air force academy. She also tried to become an actress.

In 2006, Jordan’s music career got a jump start after she was accepted into the show America’s Got Talent, where she performed Whitney Houston’s song “I Have Nothing”. Jordan made it to the semifinals. After she was eliminated from the show, Alexis started recording videos of herself singing popular songs. She uploaded videos to YouTube, where they were noticed by various fans. By 2008, her videos were viewed by over eight million people. This fame attracted the attention of Jay-Z, who became the young girl’s couch and helped her sign a contract with StarRoc label.

In 2010, Jordan released her first single “Happiness”. It reached the third spot of the UK Singles Chart and the 1st spot on the US Hot Dance Club Songs. The song also topped Dutch Top 40 and Norway’s VG-lista chart. The song went platinum once and received a golden status 3 times.

In 2011, Jordan released her first album Alexis Jordan. The album reached the ninth spot on the UK albums chart and received a silver status. The album featured such singles as “Good Girl” and “Hush Hush”, which entered various European charts. “Good Girl” topped the US Hot Dance Club Songs chart.

In 2014, Jordan recorded her second studio album Gone. One of the singles from that album with the same name became a popular music video. However, the album itself was never released.

As of now, Jordan’s career plans are unknown. She appears to be working on new songs but the release dates haven’t been announced yet.