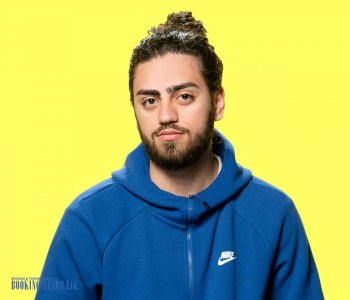 Ali Gatie is a famous rapper from Canada, who is included in the list of the most popular and sought-after rappers in the world.

Activity. Singer, rapper, performer of his own songs

From childhood, the young man was seriously fond of music, attended a music school in the piano class, took additional vocal lessons, and spent a lot of time at a musical instrument. Relatives had no doubt that their child would become a musician. They supported him in this endeavor and helped him in every way.

When the guy graduated from school, he did not go to study at an academic educational institution. Ali Gati decided not to waste time, but to immediately start promoting his own music. Social networks helped him in this, where he communicated with other rappers, beatmakers and producers.

Ali Gati became famous after winning the Rhyme Stars song contest. After this event, the Internet saw his tracks such as "Moonlight" and "I Can't Lie".

At the moment, the rapper composes new songs, actively maintains his Instagram account, performs new songs in the "Life" mode. If people react positively to it, then the song is recorded in the studio and becomes a hit. So Ali Gati can predict in advance which of his songs will be successful, and which is better to leave for later, or even refuse her studio recording.

The rapper has a sweetheart, a beautiful brunette, whose name he does not reveal. On Instagram, they often post joint photos and stories, videos from their holidays.

It is known that the rapper wrote his song “It’s You” in just 15 minutes and dedicated it to his girlfriend. In it, he sings that even if a person is afraid of being abandoned and with a broken heart, these thoughts should not prevail over the feeling of love.

Ali Gati's name is on the list of the most popular modern celebrities.

In the near future, the rapper wants to launch his own merch and clothing line. They will be presented in limited quantities.