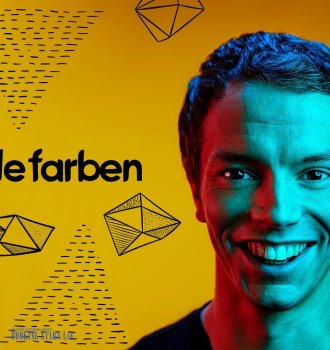 Alle Farben is the stage name of the German DJ and producer Franz Zimmer. Franz was born in Berlin on the 5th of June in 1985. His stage name translates as “All Colors”.

Franz grew up in the Kreuzberg district of Berlin. He still lives there. When he graduated from school, he wanted to study Arts at the University. Unfortunately, this dream of his didn’t come true since he wasn’t admitted. Before he began pursuing a career as a DJ, he tried himself in a number of jobs. As a DJ, he performed in different bars and nightclubs in Berlin. Franz states that Friedensreich Hundertwasser’s works of art served as a source of inspiration for him. He even took the stage name “Hundert Farben” (translates as “Hundred Colors”) in the beginning of his career. Later on, he changed it to his current stage name.

He first became famous after performing at the Tempelhof Airport in 2012. The airport doesn’t exist anymore. There were approximately 30,000 of people listening to him. Since then, Zimmer’s music has been broadcast on the radio stations across Europe on weekend. He also performed several times in Tel Aviv.

In 2013, Franz published a post on his Facebook account stating that he had started working on his debut album. In the beginning of 2014, when giving an interview to Die Tageszeitung (German daily newspaper), he said that the album would be presented to the public in a couple of months.

The debut single “She Moves (Far Away)” was released on the 15th of April 2014. It was included in Zimmer’s debut album entitled “Synesthesia – I Think in Colors”. Graham Candy contributed to the production of the song with his vocals. The album itself was presented to the public not long after the single, on the 25th of May. The album was released with the help of the Killas record and Sony Music labels.

Soon after the release, the album was available to download on iTunes. Its title was shortened up to simply “Synesthesia”.

It’s worth mentioning that the album consists of 15 tracks. On some of them, Franz Zimmer worked in collaboration with Graham Candy, Lydmor and Sway Clarke II. Besides, there is a bonus included – there are two remixes of the single “She Moves” made by Bakermat and Goldfish respectively.

In 2014, Franz Zimmer signed contracts with Guesstimate/b1 Recordings label and Budde Music publishing house. He has been working in collaboration with them since then. Unfortunately, there isn’t yet any information on his plans for 2017. 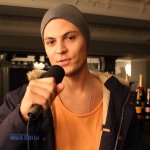