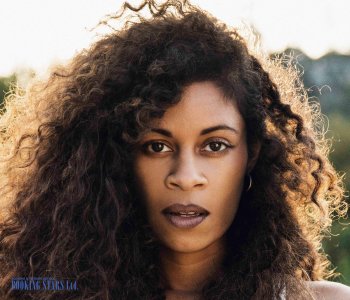 Singer/songwriter Aluna Francis is one-half of the 2012-formed U.K. electronic duo AlunaGeorge and builds upon that act's sound in a solo context to venture further into eclectic dance-pop territory.

Born in Wales, she grew up in both the U.S. and the U.K. before London became her home. Prior to making a pointed effort to pursue a career in music, she worked as a reflexologist. In 2007, though, she began a three-album run of guest appearances for Earth Leakage Trip on NextGen Music with her contributions to his album Research. By 2009, her performance on Where We Are -- the trip-hop-styled debut album from My Toys Like Me -- began to turn heads, but didn’t catch fire commercially. Within a few years, AlunaGeorge, her collaborative project with producer George Reid, was a going concern. Their presence on Disclosure's February 2013 single "White Noise" led to a U.K. number two hit, and by the following month their own single, "Attracting Flies," had reached the Top 20. The latter track was featured on the duo's debut full-length Body Music, which also sold well in the U.K. They enjoyed their biggest international hit in 2015 with a DJ Snake remix of "You Know You Like It," a track which appeared on the soundtrack to Marc Webb's The Amazing Spider-Man 2.

After a second AlunaGeorge album, and interest from Diplo -- who ultimately signed her as a solo artist to his Mad Decent label -- Aluna began to write material for her debut LP. She recorded it in part while pregnant with her first child, who was born in November 2019. The first fruits of those sessions arrived in April 2020 with the anthemic house track "Body Pump," followed by four more singles before Renaissance was issued in August; it included contributions from Princess Nokia and Kaytranada.