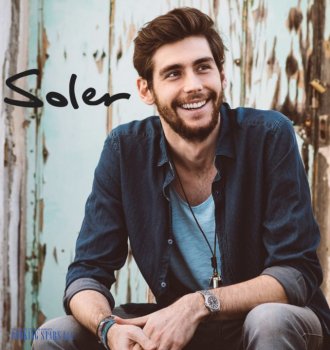 Álvaro Tauchert Soler was born in Barcelona on 9 January 1991. Alvaros’ father is from Spain while his mother is German. Thanks to the efforts of his parents, Soler learned how to speak both Spanish and German fluently. When he turned 10, his family moved to Japan, where they lived for 10 years. The talented young man learned a bit of Japanese and took piano lessons.

Two years after his return to Barcelona, Alvaro formed his first music band Urban Lights. Joined by his brother and a few friends, Soler started creating original songs, using a mix of indie pop, British pop, and electronic music. The musicians performed at the local bars and clubs. It was very easy to book Alvaro Soler for a private event since the band was working very hard to earn popularity.

The group managed to make it into a Tú sí que vales! music contest and reach the top 8. The band stayed together until 2014 and released one album, which didn’t become as successful as Alvaro hoped. That’s why the young man decided to pursue a solo career. While the band was still together, Alvaro dedicated a lot of his time to studying design and working as a model.

In 2014, Soler moved to Berlin. The artist decided that Germany was the place where he can finally become successful. The same year, Alvaro recorded his most popular song “El mismo sol”. After the release in 2015, the single immediately earned worldwide popularity. The song was recorded together with Jennifer Lopez, which probably helped its success. The single topped Italian, Polish, and Swiss charts. In Spain, it charted as number 3. The song also conquered the American market, reaching the 11th spot on Billboard Hot Latin Songs. “El mismo sol” earned a large number of platinum certificates in many countries. It was included into the first, the only album to date released by Alvaro, Eterno Agosto (2015).

The album turned out to be very successful. It reached the top spots of Italian, Swiss, and Polish charts, reached the 5th place in Germany and 25th in Spain. In Italy and Poland, the LP went platinum.

The popular album featured two more successful singles. A less popular song “Agosto” was a hit in Poland. It reached the second spot of the Polish hit parade and went platinum. The second single “Sofia” was a big success. It topped Belgian, Italian, Polish, and Swiss charts and reached the 3rd spot on the Spanish chart.

In 2016, Soler was invited to become one of the judges on the Italian version of the talent show X Factor (2017).

Alvaro collaborates with many artists from different countries. This allows him to maintain international popularity. The young singer constantly works on many projects and plans to record another studio album in the nearest future. 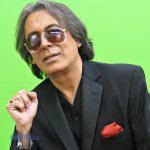 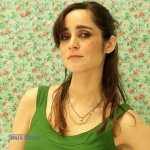