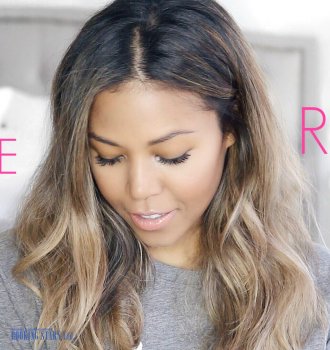 Ameriie (Amerie Mi Marie Rogers) is an American singer and actress. She was born on January 12, 1980, in Massachusetts. She is mostly famous for her songs “1 thing”, “Touch”, and “Take Control”. She recorded three albums and made appearances on various albums recorded by such artists as Bow Wow, Nas, and DMX.

While studying at Georgetown University, Amerie made friends with Washington D.C musicians. They helped her meet a producer Rich Harrison, who was working with Mary J. Blige. He helped Amerie record a portfolio and sign contracts with Rise Entertainment, and later with Columbia Records.

In 2002, Amerie released her debut single “Why Don’t We Fall in Love”. It reached the 9th sport of the US R&B chart and the 23rd spot of the Billboard Hot 100. The same year, the singer released her fits album All I Have, which managed to top the US R&B album chart and reached 9th spot of Billboard 200. The album received golden status.

In 2005, Amerie released her second album Touch, which was more popular than its predecessor. It got to the fifth spot of the Billboard 200 and went golden twice. It made it into various European charts, including the 100th spot in the European Top 100 Album chart and the 13th spot in the Japanese album chart. A single from that album “1 touch” became Amerie’s most famous song. It received a platinum status and topped US R&B chart. The song made it into all famous European charts, including UK Singles chart, where it reached the fourth spot.

In 2007, Amerie recorded her third album Because I Love It. The LP was noticeably less popular than its predecessors but still managed to make it into some charts. It reached the 56th spot on the European Top 100 Album chart and the 13th spot of the Japanese Album chart.

In 2009, Amerie recorded and released her fourth album In Love & War, which hardly made it into the charts.

In 2016, she recorded her fifth album Drive. Amerie continues to work on new songs and writes novels.