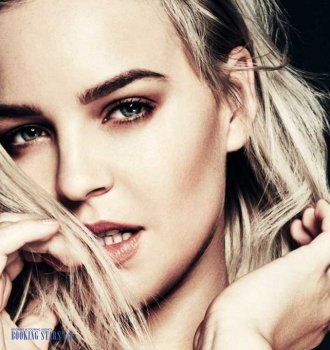 The full name of this singer and songwriter is Anne-Marie Rose Nicholson. She was born on the 7th of April 1991 in Essex. From the very early childhood, she was interested in music. When she was 12 years old, she performed together with Jessie J in the production of Whistle Down the Wind. Still, her parents didn’t think she was able to build a career as a musician herself up until Anne-Marie was offered a part in the “Les Miserables”. Actually, she went to the audition without telling her parents at first. Later on, when she was officially included in the cast, her parents had to admit that their girl had something to offer to the world in terms of music.

Apart from this talent of her, Anne turned out to be a good at karate. She started visiting the lessons at the age of 9. Her skill was highly praised with several awards. She was awarded Double Gold the Funakoshi Shotokan Karate Association World Championships that took place in 2002. 5 years later, she was awarded Gold and Silver at the same championships. She took part in the UK Traditional Karate Federation National Championships and was awarded Gold. As she herself states “it is the karate that she owes her quality of being disciplined and ability to focus”. These are two vitally important things for building a successful career as a musician. She still practices karate. However, since she’s got a busy schedule, she can’t do it as often as she wants.

Being an aspiring singer and songwriter, she got a chance to show her talent to the studio of Elton John “Rocket Studious”. Soon after it, she was offered a contract from the John’s management company Rocket Music. It helped her to release her first demo called “Summer Girl” in 2013. It was quite popular and served as a successful start for her as a singer.

Despite the popularity of her first single, she made a pause for some time in order to improve her skills. At the same time, she contributed to the singles of Magnetic Man, a London duo Garage City and Raized by Wolves. This is how she caught the attention of Rudimental – the band that won in a number of nominations devoted to music.

As a result, she accompanied the band on a tour and contributed to 2 of its singles from the 2nd album of the band. This happened back in 2015. The same year, her debut EP was presented with the public with the support of the Major Tom’s label that belongs to Rudimental. The singles “Karate” and “Gemini” became very popular and her fans significantly increased in number.

In the beginning of 2016, the single “Do It Right” was presented to the public.

How much does it cost to book Anne-Marie:
Price inquiry
Anne-Marie booking agent:
Contact agent
Anne-Marie Contacts:
Send Anne-Marie a message
« previous next »