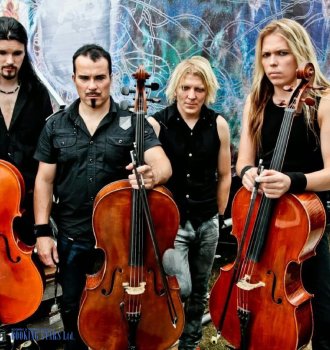 The cello band Apocalyptica was formed in Helsinki, Finland in 1993. The current lineup includes the cellists Eicca Toppinen, Perttu Kivilaakso, and Paavo Lotjonen and the drummer Mikko Siren. They are mostly famous for such singles as “Path Vol.2”, “Seemann”, and “Bittersweet”.

All cellists from the band studied at Helsinki’s Sibelius Academy. During their university years, they got together many times and contemplated creating a band while playing their cello music. In 1993, they were creating a concert program for a summer camp and the women decided to play several Metallica songs. The songs were very well received by the audiences and the cellists decided to go further with heavy music experiments.

In 1995, the band gave their first concert. Some time after their performance, the group was approached by a representative of a local record label Zen Garden Records, who offered them to record an album with Metallica songs. The musicians accepted and in 1996, they released their first official LP Plays Metallica By Four Cellos. The album sold 250,000 copies and the band became famous worldwide. The LP was certified platinum in Finland and golden in Poland and Germany.

The new approach to the old music conquered the hearts of all Apocalyptica fans. They created a mix of complex classical sound and an original approach to the accented rhythms. Musicians became so popular that fans and organizers all over the world tried to book Apocalyptica for private events.

In 1998, the band released a new album, Inquisition Symphony, which featured covers to the hits of such groups as Faith no More and Pantera. Musicians also presented several covers to Metallica’s songs, a few original tracks, and two music videos. Soon after the album’s release, the member of the original lineup, Antero Manninen, left the band. Perttu Kivilaakso took his place.

In 2001, Apocalyptica presented a new LP, Cult, which featured a double bass sound and percussion experiments. Unlike its predecessor, the album included original songs only. The era of covers was ending. The next LP, Reflections (2003), was also fully original. To record it, the musicians invited a drummer from the group Slayer. Dave Lombardo added an original zest to the band’s music. The same year, Mikko Siren joined Apocalyptica. He replaced Max Lilja and became the permanent drummer.

In 2004, the group re-released Reflections. The new version got the name Reflections Revised. It featured a bonus track recorded with Nina Hagen. Next year, the band presented a self-named album, Apocalyptica. After its release, the artists created a compilation album, Amplified: A Decade of Reinventing the Cello.

In 2007, they began working on the next LP, Worlds Collide. To record the album, the musicians invited Till Lindemann – the lead vocalist of Rammstein. He sang the German language version of David Bowie’s “Helden”.

Cello rock explores the connections and differences between classical music and metal. Apocalyptica didn’t just mix two absolutely different approaches to music, it managed to add an original undertone. All of it appeared in the LP, Worlds Collide. It reached the 8th spot on the Finnish charts and came in 59th on Billboard 200.

In 2010, the band was at the peak of its popularity. At that time, the lineup featured Eicca Toppinen, Mikko Siren, and Paavo Lotjonen. While working on the next album, 7th Symphony, Apocalyptica asked for the assistance of other musicians. Many of them contributed to the substantial popularity of the album, which reached high spots on Billboard 200 and the UK Albums Chart. While recording the new LP, the band found the time to embark on a tour with Nina Hagen as well as help Sepultura and Amon Amarth record several songs for their albums.

In 2013, Apocalyptica presented a successful live album, Wagner Reloaded: Live in Leipzig.
With time, the group decided to avoid heavy metal. It turned to progressive symphonic metal. This genre appeared in such albums as Shadowmaker (2015). It’s worth noting that this LP was recorded using just one vocalist, which was unusual for the band.

In 2017, Apocalyptica embarked on a tour devoted to the 20th anniversary of the debut album’s release. The tour took two years. After its end, in the spring of 2019, the musicians released a live album, Plays Metallica: A Live Performance.

In January 2020, the artists presented a new LP, Cell-O, recorded with the assistance of Silver Lining Music. The album climbed to the 13th spot of the national Finnish chart. 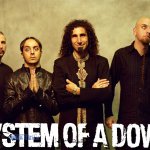