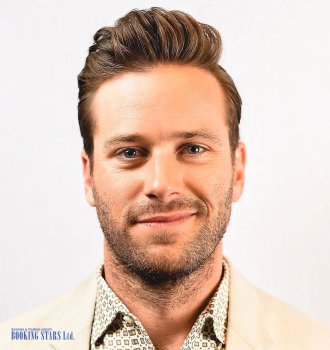 Armand Douglas Hammer was born on 28 August 1986, in Santa Monica, California. Armie has Russian roots (his ancestors were Russian Jewish immigrants) and is very proud of them.

In 2005, Armie debuted in the TV series Arrested Development. He got a small role of a no-name student in one of the episodes. In the next couple of years, he didn’t manage to climb the career ladder.

The best Hammer got were small roles in the series Veronica Mars and Desperate Housewives. However, the young actor’s talent was duly noted and in 2006, he landed a small role in the movie Flicka. Two years later, Armie got another tiny part in the movie Blackout.

The year 2008 was a turning point in the actor’s career. He landed his first leading role in a biographical film Billy: The Early Years, where he portrayed Billy Graham. Hammer’s first big role was a huge success. He was even nominated for the Epiphany Prize. The actor was suddenly attacked by armies of fans. Many young girls were hoping to invite Armie Hammer to a birthday or simply get an autograph.

In 2008, Armie Hammer got another starring role. This time, it was a short science fiction film 2081, where the young actor portrayed Kurt Vonnegut’s, Harrison Bergeron. Armie worked alongside Julie Hagerty and James Cosmo.

In 2010, Hammer landed one of the most important roles in his career. It was the part of the Winklevoss twins in the movie The Social Network. The film was nominated for six Golden Globe awards and received four of them. In 2011, the movie was nominated for eight Oscars. It eventually earned three of them. The project was so popular that it brought all the actors, including Armie, great acclaim.
Hammer’s next project was Clint Eastwood’s drama, J. Edgar. The actor played one of the leading roles alongside Leonardo DiCaprio and Naomi Watts. The movie was favored by the critics and won an American Film Institute award. Armie was nominated for Screen Actors Guild Award in 2012.

In 2012, Hammer got one of the leading roles in the comedy Mirror Mirror, on which he worked with Julia Roberts. He was also invited to voice the Winklevoss twins in one of the Simpsons episodes called "The D'oh-cial Network.” The same year, Armie worked with Jonny Depp on the western The Lone Ranger. The movie was released in 2013. It earned a questionable reaction from the critics. The film was nominated for an Oscar and received a Golden Raspberry award for Worst Prequel, Remake, Rip-off or Sequel.

In 2015, Hammer appeared in Guy Ritchie’s The Man from U.N.C.L.E, in which the actor portrayed a KGB agent.

The year 2016 was busy for Armie. Four movies were released, including The Birth of A Nation, where the actor played a role of a slaveholder Samuel Turner. The movie received 17 award nominations and two Sundance Festival awards. The same year, Hammer appeared in Nocturnal Animals and Free Fire.

In January 2018, the comedy Sorry to Bother You, in which Armie had one of the leading roles, premiered at the Sundance Festival.

In 2018, Hammer’s fans are expected to see two more movies: Hotel Mumbai and On The Basis of Sex. 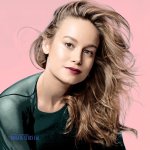