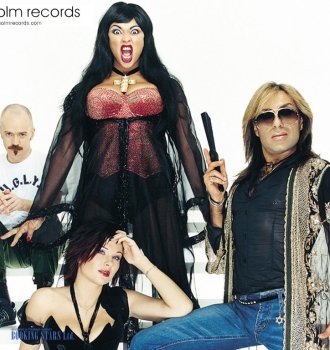 This dazzling Swedish pop-group was established in 1987. It was created by the producer Alexander Bard, who used to perform in a band called Baard, which is known for the song “Life in a Goldfish Bowl”. Other original members of the Army of Lovers were Jean-Pierre Barda, and Camilla Henemark. The name of the band was inspired by the 1979 German documentary about gay activism called Armee der Liebenden.

One of the things that made this group popular was its image. They hired a designer who worked hard to create a flamboyant appearance using religious undertones coupled with history and folklore. The designer’s name was Camilla Thulin.

In 1988, Army of Lovers released their first single “When the Night is Cold”. They went on to create a pop dance song called “Love Me Like a Loaded Gun”. In 1989, the group came up with a hit “Supernatural” and continued to create famous music. In 1990, they released “Disco Extravaganza”, which went under the name of “Army of Lovers’ in the United States. “Massive Luxury Overdose” released in 1991 became a real hit. Then the singles “Crucified” and “Obsession” created together with producer Anders Wollbeck made them famous all over Europe.

Even though the band was at its peak popularity, the decision was made to fire Camilla and hire Michaela Dornoville de la Cour. But in 1995 Michaela left and Henemark was accepted back into the band. In between, the band hired a 4th member – Dominika Peczynski. Unfortunately, the return of Henemark didn’t do anything to revive the popularity of the band. Even though they already released 5 studio albums, the group was disbanded. At that time, Bard was already working on his new group “Vaccum”.

Army of Lovers released 24 singles and 24 videos. They are well-known for their unusual and extravagant style coupled with extraordinary performances. While the group was rather short-lived, it’s popularity is unmistakable. Even after Bard disbanded it, the group members still made their appearances at various shows and tried to reunite at least 2 times. Unfortunately, none of them were successful.

Army of Lovers is a perfect choice for your event! Do not miss a chance to book your favorite band and listen to the world hits live! 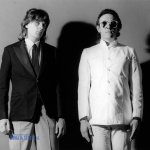