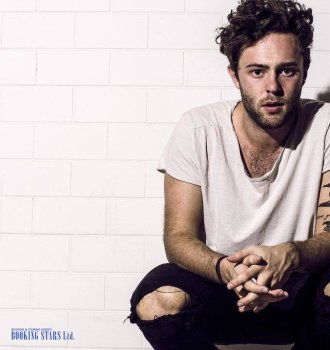 Aron Michael Ekberg known by his stage name AronChupa is a DJ from Sweden, a talented musician and music producer, An owner of his own label called "Aron Ekberg", a football player and a participant of "Albatraoz" music band.

His music career started when he joined...a football team "Byttorps IF". At the club he got acquainted with Måns Harvidsson, Nicklas "Savo" Savolainen, Andreas "AndyBarMaskinen" Reinholdsson and Rasmus "Salle" Sahlberg and became friends. Later the guys decided to establish their own electro hip-hop band under the name "Albatraoz". It happened in 2012. One year later the musicians launched the self-titled track which got gold certification in Sweden and was revealed to have been played more than 8 million plays on Spotify.

AronChupa's debut electro song "I am an Albatraoz" was premiered in 2014 and it was critically acclaimed. The single charted at number one on Swedish and Dutch charts and it also held the top 10 in Norway, Germany, Finland, Australia, Austria. "I am an Albatraoz" is the most popular AronChupa's track, which was credited as a successful work for him as a solo musician and drew public attention. "I am an Albatraoz" featured the vocals of Aron's sister.

The second single of the singer which is pretended to be one of the most well-known is "Llama in my Living room" feat.Lil Sis Nora. It was released in 2017. The track got double-platinum certifications and was also subject to acclaim from music critics.