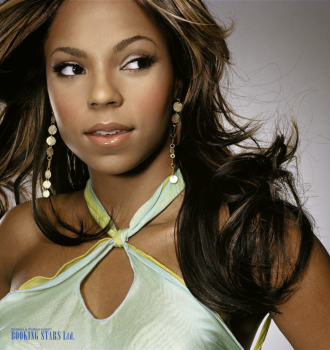 Ashanti Shequoiya Douglas was born on 13 October 1980 in New York. She was named after an African country, which used to be located on the contemporary Ghana territory. Women in that country had a lot of influence and power. That’s the qualities Ashanti’s mother wanted her daughter to have.

Ashanti loved music since childhood. She sang in a church choir and took dancing classes. When the girl was 12, her mother noticed a clear singing talent. It happened when Ashanti was performing “Reminisce”.

During teenage years, Ashanti has been writing lyrics and performing at several music festivals and talent shows. She also participated in other artists’ music videos. However, Ashanti was dreaming about a successful solo career. She sent her records to numerous labels, hoping to be noticed.

The aspiring singer worked with other artists. In 2011, together with Ja Rule and Fat Joe, she released two songs, "Always on Time" and "What's Luv?" accordingly. They reached 1st and 2nd positions on Billboard Hot 100.

A little later, Ashanti recorded another single, “Foolish”, which became part of her upcoming studio LP. The song topped Billboard Hot 100. The singer’s first album Ashanti came out in 2002. It immediately became very popular and conquered Billboard 200. The LP earned a platinum certification in the USA and sold over 6 million copies worldwide.

The album received a variety of awards, including eight Billboard Music Awards and one Grammy. The single “Foolish” was nominated for a Grammy Award for Best Female R&B Vocal Performance. Ashanti also earned the Best Artist nomination.

In July 2003, Ashanti recorded her second studio LP, Chapter II. Just like her previous work, it topped Billboard 200. The album became platinum in the USA and golden in the UK. The LP sold 1.5 million copies in the USA. The most popular songs featured in the album were “Rock with You” and “Rain on Me”.

At the end of the year, Ashanti recorded 10 Christmas tracks and released the LP, Ashanti's Christmas. The album settled on the 160th spot on Billboard 200, which is considered to be a great result for a Christmas record.

In December 2004, the singer recorded her third studio LP, Concrete Rose. It earned a platinum status. The single “Only U” became Ashanti’s most successful song in the UK. After the release, Ashanti recorded a DVD Ashanti: The Making of the Star, which was available for a limited amount of time. It featured rare shots from the singer’s concerts and personal photos.

In 2005, Ashanti debuted on the big screen. She landed one of the starring roles in the sports film Coach Carter.

In the summer of 2008, the artist recorded her fourth studio album, The Declaration. It turned out to be much less commercially successful than Ashanti’s previous work. About 86,000 copies were sold during the first week. That led to the cancellation of the contract with The Inc Records. Ashanti began working with Written Entertainment.

After a long break, the singer finally presented a new single, “The Woman You Love”. It happened in 2011. The song was featured in the artist’s fifth LP, Braveheart. The second single from the album was “Never Should Have”. The LP came out in March 2014. It was approved by the critics, who called the album an “R&B Revolution”.