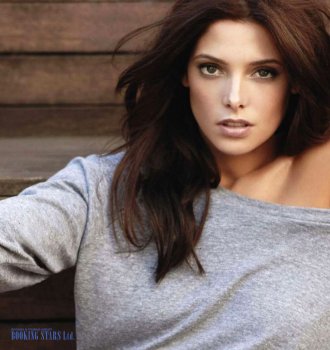 Ashley Michele Greene was born on 21 February 1987 in Jacksonville, Florida. Initially, she wanted to become a model, but her height (which is only 165 cm) didn’t allow the young woman to conquer the catwalk. However, Ashley didn’t give up and focused on filming commercials. She even took special acting courses. When Greene turned 17, she decided to become an actress and moved to Los Angeles to pursue her dream.

In 2005, Greene debuted in the music video for the song "Lyudi Invalidy", which was recorded by the Russian girl band t.A.T.u.

In 2006, she started her acting career on TV by getting small roles in the TV series Crossing Jordan, MADtv, and Desire. A year later, she scored a minor part in the big screen comedy King of California.

The year 2008 was the breakthrough time for the young actress. As usual, she started it with a small role in the movie Otis. Then Greene’s world turned upside down when she scored the part of Alice Cullen in the first part of the epic romantic fantasy movie series Twilight.

The overwhelming success of the movie made all the actors, who played in it, overnight stars. And Ashley Greene wasn’t an exception. She won a prize at Teen Choice Awards for "Choice Movie: Fresh Face Female" and earned two Scream Awards nominations. Many fans wanted to book Ashley Greene’s presence at their private events and birthday parties. Paparazzi were following her every step. Ashley continued working on new parts of the saga while appearing in other movies.

In 2009, Greene played a small role in the comedy Shrink, in which she worked alongside Kevin Spacey. Then Ashley tried her talent in a horror movie Summer's Blood, where she scored a leading part.

However, the most commercially successful project for Ashley was still Twilight. In 2009, the new part called The Twilight Saga: New Moon came out. Even though it got contrasting reviews from the critics, the fans loved the movie. It was highly successful and brought the cast new awards. Ashley earned "Scene Stealer Female" and "Most Fanatic Fans" prizes at Teen Choice Awards.

In 2010, Greene worked on three movies. Besides doing a great job on the third part of The Twilight Saga: Eclipse, she got a leading role in the drama Skateland and a small part in the movie Radio Free Albemuth.

In 2011 and 2012, Ashley worked on a two-part The Twilight Saga: Breaking Dawn, which brought her two more Teen Choice Awards. Besides, she earned a prize at Young Hollywood Awards in the "Female Superstar of Tomorrow" category.

While working on the vampire movies, Greene played in four more films, including A Warrior's Heart, in which she had the leading role.

In 2013, Greene played Lisa Kristal in the historical drama CBGB.

The year 2014 was busy for Ashley. She worked on three movies, in two of which (Kristy and Burying the Ex) she had the starring parts.

In 2015, Greene worked on a comedy, Staten Island Summer. A year later, she appeared in the drama In Dubious Battle and thriller Urge. Besides, she played the role of Mia in the TV series Rogue.

In 2018, Greene’s fans are awaiting the release of the movie Accident Man, in which Greene plays Charlie Adams. 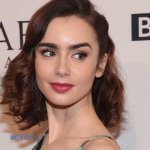