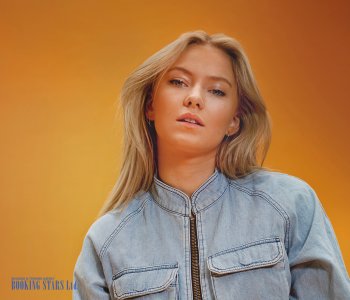 Astrid S - Norwegian pop star who got her start on Pop Idol and moved toward smooth R&B-influenced alt-pop.

Norwegian pop star Astrid S burst onto the Scandinavian scene in the early 2010s following her participation in a national singing competition. Her debut EP, Astrid S, helped propel her to the fore of Norway's pop charts, while each successive single climbed up the charts until she hit number one in 2017 with "Think Before I Talk." By 2019, she had already racked up ten Top Ten singles without the release of a proper full-length.

Although she gained national recognition in 2013 on Norway's Pop Idol television competition, she was already singing long before then. Growing up in the village of Berkåk, the artist, born Astrid Smeplass, played piano at home and flute in her school's marching band. However, she felt classical music was too confining. Thus, she learned guitar and began writing her own songs, inspired by her main influence, John Mayer. When it came time for Pop Idol, she put her spin on songs like Dolly Parton's "Jolene" and Keane's "Somewhere Only We Know" (from one of her favorite albums, Hopes and Fears), while also unveiling her own song, the guitar pop ballad "Shattered." Although she finished in just fifth place, her career exploded from there. And all before she turned 18.

After a short tour following her stint on Pop Idol, she signed with Universal and released her first single in 2015, the alt-R&B "2AM." The hit went five times platinum in Norway and set off a series of honors for the young star, including an MTV EMA win for Best Norwegian Act, a nomination for the Norwegian Grammys, and a sold-out tour. Smeplass followed "2AM" with the nocturnal "Hyde," which was produced by fellow Norwegian Lido (the Weeknd, Alt-J, Bastille, Banks), as well as a string of features on songs by Matoma ("Running Out"), Avicii ("Waiting for Love"), and Shawn Mendes ("Air").

Her debut EP arrived in 2016. Astrid S featured five new tracks, including the tropical pop hit "Hurts So Good," which secured her fourth Top Ten single. In 2017, she issued the Party's Over EP, which featured the Top Three singles "Breathe" and "Such a Boy." Months later, she finally hit number one with the single "Think Before I Talk," which was certified platinum across Scandinavia. After her Artist of the Year win at the 2018 Norwegian Grammy Awards, she issued the singles "Emotion" and "Closer." She followed in 2019 with a slew of singles, including "Sing It with Me" with JP Cooper and her tenth Top Ten hit, "The First One." She also released another EP, Down Low, in September of that year before starting a long run-up to her first full-length. After landing another hit, the NOTD collaboration "I Don't Know Why," Astrid made her album debut with 2020's Leave It Beautiful.