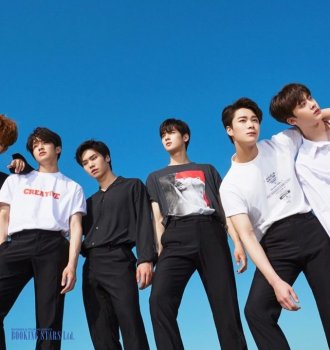 The idea of the new group formation belongs to the South Korean entertainment company Fantagio, which doesn’t just work with musicians but also supports young talent training as part of its iTeen program. The group’s lineup was finalized in 2015 in Seoul. Initially, the fans learned about Astro when it appeared in a TV series, To Be Continued. The musicians played themselves. After the series were over, the group went to tour South Korea with the goal to check how the listeners react to their songs. The success was easier than they thought.

In January 2016, Fantagio created a reality show for the group called, Astro OK! Ready. The artists spent a year on it in order to promote themselves. Some of the organizers started trying to book Astro for private events.

In 2016, the group created several music videos for the singles "Hide & Seek", "Cat's Eye", "Confession", and "Breathless". The latter collected over 12 million views on YouTube.

In May 2017, the artists presented a new EP, Dream Part.01. It topped South Korean Gaon Albums Chart, reached the 23rd spot on Japanese Albums, topped Taiwan J-pop Albums, and came in 6th on US Billboard World Albums Chart. Critics gave high scores to the songs "Dreams Come True", "Dream Night", "Baby", "Every Minute", and "I'll Be There". The single “Baby” became very successful. It came in 2nd on Hot K-Pop 100 and 24th in Billboard World Chart. The music video for this song collected 11 million views on YouTube.

The 6th EP, Dream Part.02, came out in November 2017. It came in second on South Korean Gaon Albums Chart. The single “Crazy Sexy Cool” became a hit and reached the 11th spot on Billboard World Chart. The same year, the group took part in a web project Sweet Revenge.

In February 2017, the musicians arranged The 1st Astro Aroha Festival. In July, they went on their first tour, Astro - The 1st Astroad. Astro gave 9 concerts.

In July 2018, the artists released their latest EP, Rise Up. It earned positive reviews from the critics. The album came in second on the local Gaon chart and settled on the 7th spot of US Billboard World Albums Chart. Astro recorded a music video for the single “Always You”, featured in the album. It already has over 6 million views on YouTube.