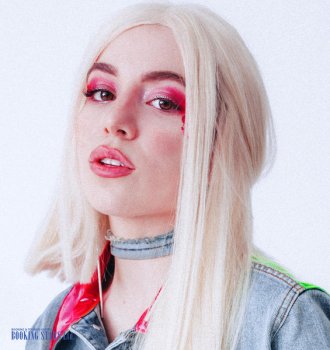 Ava Max became famous in 2017. Her real name is Amanda Ava Koci. She was born on 16 February 1993 in Wisconsin in the family of immigrants from Albania. Amanda’s mother was an opera singer in the past. She introduced the young girl to music. Before Ava was born, the family moved from Eastern Europe to France. In France, her parents lived in a church for a year before getting a chance to move to the United States.

Ava’s parents didn’t know English and didn’t have any savings. Her father worked three jobs to feed the family and give his children (Amanda has an older brother) a chance at a good future.

When Ava was a teenager, she realized how important it was to find a job that she loved and earn money doing things she enjoyed. The young woman was very grateful to her parents for giving her an opportunity to become a musician. They also taught Ava how to believe in good and not to give up in tough situations.

When she was 14, Amanda and her family moved to California. After the move, she started participating in music and singing contests and honed her singing talents. In later interviews, Ava shared that her life in LA was very tough. She was hoping for a new bright future but had to deal with numerous difficulties.

A year later, Ava moved to South Carolina, where she continued to study music and write lyrics. The world found out about Max’s unique talent in 2017 when she recorded her debut single “Clap Your Hands". The song appeared with the assistance of a producer, Le Youth, who noticed that a young woman had a huge potential.

The single "Clap Your Hands" became an immediate hit of the summer of 2017. The next year, the singer recorded another song “My Way”, the music video for which quickly collected over one million views. The next song, "Not Your Barbie Girl" became even more successful. Many organizers tried to book Ava Max for private events at the time.

Ava Max’s career achieved a new level after she met the rapper Gashi with Albanian heritage. His family, just like Ava’s, left the native country during the civil war. It’s possible that the similarities between the two artists helped them achieve such impressive results. Together Ava and Gashi recorded a hit single “Slippin’”.

In June 2018, Ava started working with a hip-hop artist Witt Lowry. They recorded an instrumental version of the single “Into Your Arms”. A month later, Max presented a promotional single “Salt”.

In August 2018, Ava recorded her most successful song to date, "Sweet but Psycho". It was created with the assistance of a Canadian producer Cirkut, who used to work with such celebrities as Katy Perry, Rihanna, and Miley Cyrus. In just a couple of months, the music video for the single collected over 13 million views on YouTube. The single topped numerous charts, including the UK, German, Swedish, and Danish charts.

After her huge success, Ava began working with such popular DJs as David Guetta and Vice. With David, she worked to record his 7th album. With Vice, they recorded a popular single “Make Up”. In 2019, Eva was nominated for Swedish Gaffa and Global Awards for Rising Star and Breakthrough of the Year.

In 2019, Max presented a new hit “So Am I”. Her fans are eagerly awaiting the release of the debut LP. The name and release date of the album haven’t been announced yet.

In her interview, the singer enjoys talking about her personal style and performances at different events. Max shares many pictures in her personal blog. She often says that all of her songs are based on her feelings. 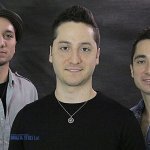 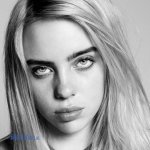