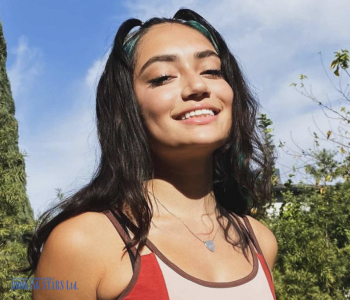 Avani has two siblings named Shanti and Priya. Her father is an African American and her mother is an Indian-Mongolian. Her parents are Anisha and Lewis Gregg.

As per reports, Avani is dating Anthony Reeves. The couple is seen in various TikTok videos. She started her career at the age of 14 and used to make videos related to make up on TikTok. She lived with her family in Midwest before she started gaining fame on TikTok. She mentioned in an interview that she wanted to do acting and so she tried doing it on TikTok. One of her make up videos went viral, after which in just 3 weeks she received over 3 million followers on TikTok. She has met Payton Moormeir at VidCon 2019. The star will be seen in the upcoming season of Chicken Girls that airs on Brat TV. She will be seen playing the role of Gemma in the upcoming season. Apart from this, she also owns a clothing app named Depop.

Avani has over 8.8 million followers on Instagram (as of May 14, 2020). She has posted some cute pictures with her boyfriend Anthony Reeves on social media. Her Instagram consist of various pictures where she is seen pulling off different make up looks. Avani also loves colouring her hair quite often.

Avani has over 19.1 million followers and 1.2 billion likes on TikTok (as of May 14, 2020). She also has her own merchandise. She posts dancing and cute videos on TikTok. She has also collaborated with her boyfriend. One of her videos on the app was of her boyfriend where she was applying makeup on her boyfriend’s face. She is also a part of the social group named The Hype House, which also includes Charli D’Amelio, Daisy Keech, and Chase Hudson. Avani was crowned as a Style guru on TikTok. The actor has also collaborated with her sister Shanti.

As per reports, her net worth is $20 million. She also earns money from brand endorsing, Instagram and her brands. She has endorsed brands like NYX Cosmetics and also has tie ups with various other brands. She also has her own merchandise that includes hoodies, T-shirts, and phone cases.

Avani is a trained gymnast and she has got a lot of compliments for her skills. However, she had to quit gymnastics because she suffered a back injury. She is known for her unique content on TikTok. Avani said in an interview that she wanted to become a popular Hollywood star someday.

DISCLAIMER: The above information is sourced from various websites/ media reports. The website does not guarantee a 100% accuracy of the figures.