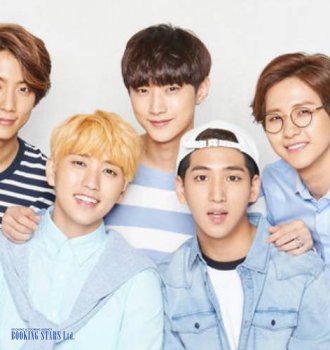 The South Korean group B1A4 was formed in 2011 in Seoul. The founder and the sponsor of the band is WM Entertainment. The lineup includes five young men, CNU, Gongchan, Baro, Sandeul, and Jinyoung. The label took a diligent approach to choosing the band members. The managers monitored the singers’ social media accounts to find worthy work samples.

The lineup was finalized on 15 April 2011. A little later, the band released a teaser of the single “O.K”. On 21st April, the group presented its first EP, Let's Fly. Two days after the album’s release, the band arranged a performance on the TV show Show! Music Core on МВС. Before April was over, the artists appeared on such shows as M! Countdown on Mnet, Music Bank on KBS, and The Music Trend on SBS.

Let's Fly appeared on the 6th spot of South Korea Gaon Album Chart. It was a big success for the debut album of a new group. The EP sold 44,000 copies. It featured such popular songs as "Remember", "Only One", "Only Learned Bad Things", and "O.K. The latter sold over 90,000 copies. At that time, many organizers tried to make a deal with WM Entertainment to book B1A4 for private events.

In 2012, the musicians recorded an EP, In the Wind, and two LPs, Ignition for South Korean audience and 1 for fans from Japan. The EP topped the national chart and came in 34th on Japan Oricon Albums Chart. The first LP conquered the Gaon Chart and settled on the 42nd spot of the Japanese chart. The second LP reached the 5th position of Japan Oricon Albums Chart. The most popular songs recorded by the band that year were "The Time is Over", "Tried to Walk", "Baby I'm Sorry", and "Baby Good Night".

In 2013, B1A4 released one more EP, What's Happening? It topped the South Korea Gaon Album Chart and settled on the 16th spot of Japan Oricon Albums Chart. The single with the same title as the album sold over 680,000 copies in South Korea.

In 2014, the musicians presented a new LP, Who Am I. It topped the South Korean chart and came in 8th in Japan. The next LP, 2, which was recorded for the Japanese audience, came in 9th on the Japanese chart. The same year, the artists presented a new EP, Solo Day, which topped South Korea Gaon Album Chart. A little later, the band went on its first world tour, B1A4 Road Trip - Ready?

In 2015, the artists recorded their next EP, Sweet Girl. It came in 2nd on the national chart and reached the 23rd spot of Japan Oricon Albums Chart. Then the band went on another world tour, B1A4 ADVENTURE.

The group’s third LP for the South Korean audience, Good Timing, came out in 2016. It topped South Korea Gaon Album Chart. The same year, the band released a new album for the Japanese fans with a short name, 3. It came in 4th on the national Japanese chart.

In 2017, the band presented a new LP, 4. It settled on the 5th place of Japan Oricon Albums. ЕР Rollin' came out the same year. It topped the South Korean Chart and came in 13th on the Japanese chart. The same year, the artists toured Japan as part of Be The One tour and gave concerts in South Korea as part of the LIVE SPACE tour. Then the group embarked on 4 Nights In The U.S. tour.

The next album in the number series, 5, came out in June 2018. It reached the 19th place of Japan Oricon Albums Chart. The album featured such popular tracks as "Do You Remember" and "Aerumade". After the release, the band went on the Paradise tour.

The group has numerous prestigious awards and nominations, including several Main Prizes at Seoul Music Awards. 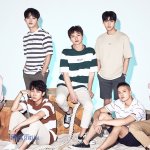