The beautiful and very talent Spanish duet Baccara was established in 1977. Unlike many other girl bands, this one became a solid group that was popular until the early eighties. Baccara is mostly famous for the hits “Cara Mia”, “ Yes Sir, I Can Boogie”, and “Sorry I’m a Lady”. Mayte Mateos (born in 1951) and Maria Mendiola (born in 1952) met at a ballet, where they decided to try to join efforts and create a group. Their nice voices, simple lyrics, and light music turned into an international hit.

They became famous thanks to the popular single “Yes Sir, I Can Boogie” and the following album “Baccara”. This album became platinum twice. Then Baccara secured seventh place in Eurovision 1978 where Maria and Mayte sang for Luxemburg. They topped the charts in most of the European countries. The same year the group got one of the most prestigious European awards, Germany’s Bambi.

In 1979, Baccara releases “The Devil Sent You to Lorado”, which becomes a big hit in Germany. In 1981 Mateos and Mendiola recorded their 4th and final album “Bad Boys”. It never appeared in the US or UK. The duo started having disagreements even before the final album was released. In 1981, they split up. Both women went on to work on their own and recorded a series of songs. They tried to create new groups and went on to rerecord their own songs with different labels. However, they were always recognized only as part of the original Baccara. Over the years, Maria and Mayte were often seen together. Every once in a while, rumors about their reunions come up but the women stay apart.

They never performed on one stage since the split. Each one of them created a new “Baccara”. They work with their own groups of musicians.

Baccara recorded 5 albums, out of which only the first one “Baccara” (1997) was extremely successful. They also released 15 singles.

You can book an artist Baccarat right now on our website! 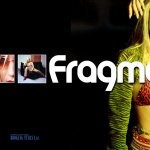 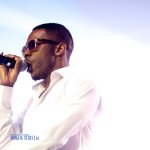