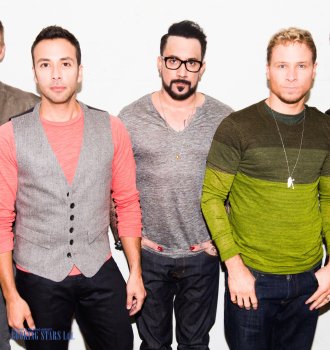 Backstreet Boys is an American band, which was established in 1993. The original lineup includes AJ McLean, Kevin Richardson, Brian Littrell, Nick Carter, and Howie D. The group is mostly famous for its songs “Quit Playing Games with My Heart”, “Everybody”, and “As Long As You Love Me”. They hold various music awards.

In 1995, the group released two singles “I’ll Never Break Your Heart” and “We’ve Got It Going On”. Both of the singles became big hits and received golden status in the USA. Even though the second single was quickly forgotten in the US since it reached only 69th spot in the Billboard Hot 100, it became extremely popular in Germany. It was one of the hits of the European Boysapalooza festival.

Besides being rather popular in the United States, the record sales worldwide were impressive as well. The Backstreet Boys won several MTV awards. They were so popular in Europe that couldn’t go out without bodyguards. Teenagers were following them absolutely everywhere.

In 1997, BSB released their debut album Backstreet Boys. Singles from that album “Quit Playing Games (With My Heart)", "As Long as You Love Me" and "Everybody" finally conquered the American audience. Each of them became a big hit. However, the album itself failed to make it into Billboard 200. The LP sold over 10 million copies worldwide.

In 1998, the band released their second album Backstreet’s Back, which wasn’t as popular as the predecessor but conquered the top European charts. It reached the 2nd spot in the UK Albums chart.

In 1999, the band released their third album Millennium. In just half a year, more than 4.7 M copies were sold. After the first week of sales, 1,133,505 copies were sold. BSB beat the record of Garth Brook. More than 30 million copies of the album were sold worldwide. It went platinum in several countries.

The next two albums Black &Blue (2000) and Never Gone (2005) sold 30 and 10 million copies respectively. The band’s popularity started to wane slowly. They released two more albums This is Us (2009) and In a World Like This (2013). Even though they stopped topping the charts, the band was still reaching respectable spots in all of them.

Backstreet Boys is a great choice for your event! Book a legendary band on our website online! 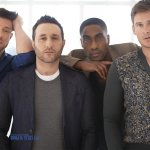