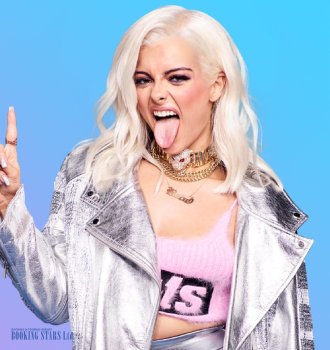 Bleta Rexha was born on 30 August 1989 in New York. Bleta started singing when she was 4 years old. A while later, she began performing in local musicals. When Rexha was in high school, she sang in the school choir. Her voice is classified as the coloratura soprano.

When Bleta was a teenager, she recorded a song for a contest at the “Grammy Day” event. She won an award, which helped jump start her career. During the contest, she was noticed by a talent seeker and signed her first contract. At the same time, Bleta adopted a pseudonym. In Albanian, Bleta means “bee”. That’s how the young artist came up with a name Bebe.

In 2010, Bleta met a musician Pete Wentz and became the lead vocalist in his new project Black Cards. Bleta performed with the band for two years and then said goodbye to start a solo career.

In 2013, Bebe signed a contract with Warner Bros. Records. She recorded songs for different artists. For example, Bebe created "Like a Champion" for Selena Gomez and “Glowing” for Nikki Williams. Rexha’s first world hit was "The Monster", performed by Eminem and Rihanna. Initially, Bleta was planning to record the song herself but then handed it over to Eminem. The song came out in October and topped Billboard Hot 100 and many other charts. Six platinum certificates earned by the song were a sure sign that Bebe is about to become very famous.

In 2014, Bebe presented her debut single "I Can't Stop Drinking About You.” The song didn’t make it into Billboard Hot 100 but reached the 15th spot on Bubbling Under Hot 100 Singles as well as the 12th position of Billboard Dance/Mix Show Airplay. Rexha’s second single "I'm Gonna Show You Crazy" came out half a year later and entered several European charts.

In 2015, Bebe helped a French DJ David Guetta record his song "Hey Mama". The song entered many world charts and earned a platinum certificate in ten countries. At the end of the year, the song received many prizes and nominations, including an International Dance Music Award as "Best Rap/Hip Hop/Trap Dance Track".

In May 2015, Bleta recorded her debut EP I Don't Wanna Grow Up. The album earned many positive reviews from the critics.

In October 2015, G-Eazy and Rexha released a single for his second album When It's Dark Out. The song "Me, Myself & I" reached the 7th spot of Billboard Hot 100. It earned four platinum certifications in the USA, Poland, and Canada. In 2017, the song earned a BMI R&B/Hip-Hop Songwriting Award as "Song of the Year".

In 2016, Bebe recorded several successful singles and was nominated for three categories at MTV Europe Music Awards. Her popularity was on the rise and fans were dreaming of booking Bebe Rexha for their events.

In February 2017, Bleta released his second EP, All Your Fault: Pt. 1. It reached the 51st spot of Billboard 200 and entered seven world charts. The music video for the lead single from the album "I Got You" was viewed over 232 million times (at the moment the article was being written). In August, Bleta presented another EP, All Your Fault: Pt. 2. It was slightly more successful than the first part, reaching the 43rd spot on Billboard 200 and the 34th position on Canadian Albums Chart.

In 2018, Rexha is planning to release her debut LP Expectations. 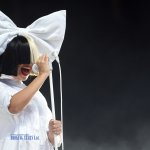