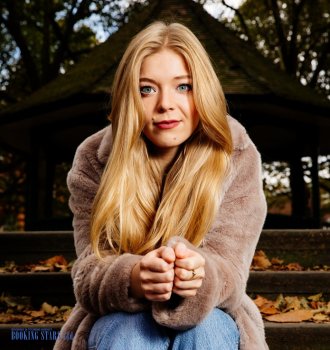 Becky Hill’s real name is Rebecca Claire Hill. She was born on 14 February 1994 in Bewdley, England. The musician has mixed roots. Her mom is Irish, and her dad is English. Becky began showing interest in music rather early. She performed as part of the band Shaking Trees, which was supported by BBC Music Introducing. However, the support of the platform didn’t make the band famous. But Becky managed to get priceless experience of creating music and performing it. The group was invited to perform at Nozstock Festival of Performing Arts and with Adam Green and Josh Withey as part of BBC Radio Shropshire project.

Becky became famous in 2012 when she was accepted into The Voice UK. She performed the song "Ordinary People". Hill’s voice and the manner of performance caught the attention of two judges, Jessie J and Will.i.am. The young singer chose Jessie J and never regretted it. With the single “Irreplaceable”, she made it into the semi-finals but could go further. However, semi-finals of The Voice UK was a sufficient achievement for a young artist, who acquired many fans. Her music videos on the YouTube channels were quickly gathering views. At that time, Becky performed cover versions for the famous hits, such as David Guetta’s "She Wolf", Rudimental’s "Not Giving In", Paolo Nutini’s "Last Request", and Alex Clare’s "Too Close".

The year 2013 was busy for the artist. Again, she worked with Rudimental to record the band’s single “Powerless”. The song reached the 73rd spot of the UK Dance Chart, came in 19th on the UK Singles Chart, and settled on the 90th place on Scottish Singles and Albums Charts. The single gave Becky an opportunity to perform at Bestival 2013, Wakestock 2013, Glastonbury 2013, and Lovebox 2013. At the same time, Hill helped Wilkinson record “Afterglow”, which later appeared in his album Lazers Not Included. The song reached the 8th spot on the UK Singles Chart and topped the UK Dance Chart.

In 2014, Becky finally presented her own hit. Recorded with Oliver Heldens, the single “Gecko” topped the UK Singles and UK Dance Chart. It also brought the singer international recognition after appearing on the charts in Sweden, Austria, Switzerland, Australia, and Ireland. Later it earned a platinum certification. After the single’s release, many organizers tried to book Becky Hill for private events. She often accepted the offers. The same year Becky released another single “Losing”, which was less popular than “Gecko”, but still made it into the charts.

In 2015, Hill presented “All My Love” recorded with Watermat and TAI. The song reached the 115th and 28th spots on the UK Singles and UK Dance Charts accordingly.

The single “Back To My Love” released in 2016 together with Little Simz, became part of Becky’s debut EP, Eko. The album also featured popular songs "Rude Love" and "Unpredictable". It came out in 2017 but didn’t make it into the charts.

In 2018, the musician recorded "Sunrise in the East" and "Back & Forth" with DJ MK and Jonas Blue. The latter reached the 37th spot on the UK Singles Chart. The former didn’t appear on the charts.

Becky Hill is planning to release a debut studio album. However, the name and the release date are currently unknown.