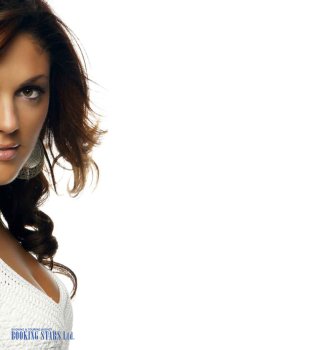 Belle Perez - singer and songwriter with Belgian and Spanish roots.

Belle Perez (real name Maribel Isabel Perez Cereco) was born on 29 January 1976 in a Belgian region Neerpelt. Both her parents had Spanish roots. Since childhood, Belle was very interested in music and dancing. She performed with flamenco dance groups since she was five years old. While dancing, the girl discovered a talent for signing. She decided to develop it further, which is not surprising since Belle’s idol was Madonna.

In 1997, Perez participated in a talent show, where she was noticed by a famous producer and musician Patrick Renier. Her version of the song “That’s What It Takes” conquered his heart and soon he helped Belle start a music career. Renier worked together with Jim Soulier. Everyone called them Pat and Jim. They were the ones, who came up with the pseudonym Belle.

In 1999, Belle tried to audition for Eurovision but wasn’t chosen. Seven years later, she got another chance and came in third.

In 2000, Belle recorded her first studio album Hello World. It was very successful in Belgium and reached the 13th spot on the national chart. The LP was recorded in English.

In 2001, Belle released her second album Everything. It was even more popular than her debut LP and reached the 10th place on the Belgian Albums Chart. The single from the album “Me and You” became a big hit. It reached the 10th spot on the Belgian Singles Chart and the 8th spot on the Netherlands charts. The song brought Perez her first Summer Hit Award from the famous Belgian radio station Radio2. Between 2002 and 2007, Belle managed to earn this award every year.

In 2003, Belle released her first Spanish album, Baila Perez. It topped the Belgian charts and received a golden certificate. In the Netherlands, the LP reached the 20th spot. More than 25,000 copies were sold in Belgium.

During the next four years, Belle released several albums, each one of which managed to reach high spots on the charts. Back then, it was practically impossible to book Belle Perez for any private event.

The singer was getting close to the peak of her popularity.

And the peak came in 2006 with the release of her next album Gotitas de Amor. It was Belle’s first LP to receive international recognition. She took the single from that album “El Mundo Bailando” to Eurovision and came in third. The single was released in Austria, Germany, and Switzerland. The LP sold over 35,000 copies.

In 2008, the singer recorded a new album Gipsy. It managed to make it into the top-10 hit list on Belgian and Netherland charts.

In 2016, after a long break, Perez released a new album Agua y Fuego. It reached the sixth spot on the Belgian Albums Chart. Perez continues to work on her music and performs live.