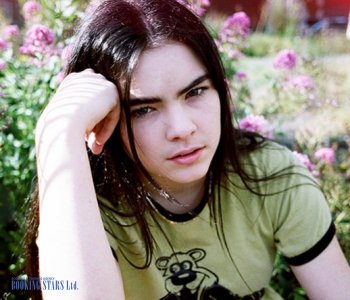 Benne is a New Zealand pop and indie pop singer and songwriter who has managed to reach audiences around the world in just one year.

Benne grew up in an ordinary family and was not even particularly different from her peers. From an early age she began to love the art of music, but she was in no hurry to realize her inclinations. At the insistence of her mother, the eccentric girl signed up for lessons on the saxophone, and later on the guitar. And not in vain, because in the future, these two instruments will become her main attributes in achieving heights in the musical field. In her final years at school, Benne took up writing music and lyrics. She was not interested in simple and stupid motives, easy words for rhyme.

She wrote non-standard indie pop music. Fearing that her entourage would not take this work seriously, she hid her songs. In 2017 alone, as fun, Benne posted some songs on the SoundCloud online platform under Beni's name. Only after becoming a student at Auckland Polytechnic University, the girl decided to take up music professionally. Benne considered studying at the university as a crisis of life, and therefore, already in her second year, she dropped out and preferred professional music lessons. And fate smiled at her, presenting a turning point.

In 2017, quite by accident, Benne met a former member of the Leisure group Josh Fontan. The guy endeared her to him so much that she showed him her best practices and even shared a secret that she was dyslexic. Appreciating this music at its true worth, Fontana offers, then Stella Rose, cooperation and his own producer's shoulder. But Josh's first condition was to change his name to a pseudonym. Since the singer had problems with diction, it was decided to stop at the version of "Beni", and then transform it into "Benn". In less than a year of collaboration, singer Beni released her hit "Tough Guy", and a little later the track "Soaked". These two compositions brought the artist fame and the title of "Breakthrough of the Year", as well as the best positions in the world charts.

The singer has only one solo album in her arsenal, which was released in 2019, and which included little-known tracks "Find an Island", "Monsta", "Glitter", "Evil Spider". The record, titled "FIRE ON MARZZ", was well received by the public and was described by critics as "sunny, positive and dynamic."

This is Benne's work. In early 2020, Benne amused fans again by presenting a duet with Guus Daperton, "Supalonely". This composition became a real sensation and even entered the top 40 in the USA, Great Britain, Norway, Sweden.

Elton John spoke of Benn as a new round of world music, comparing the singer to a locomotive, which in spite of everyone goes to achieve its goals. But the magazine "Billboard" drew a parallel between Benne's work with an autobiographical sketch filled with loneliness, love, faith in oneself and the Universe. The singer herself claims that she only wants to bring into this life bright colors, meaningfulness and sincerity, which are saturated with lines from her songs.

Fans have noticed that the relationship between Benne and her producer Josh looks like a romantic one. Indeed, young people spend a lot of time together, but they unanimously say that they are connected only by friendship and creativity. But! It's only the beginning!

How much does it cost to book Benne:
Price inquiry
Benne booking agent:
Contact agent
Benne Contacts:
Send Benne a message
« previous next »