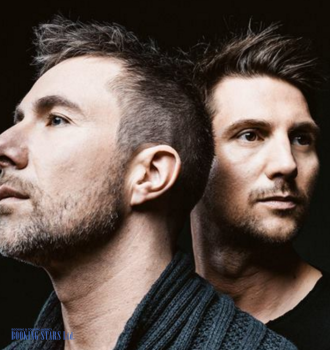 The duo Benoit & Sergio was established in 2009, in Washington D.C. The lineup includes Benoit Simon and Benjamin "Sergio" Myers. They perform dance pop and house music. The duo holds several music awards, including iTunes Breakthrough Electronic Artists of the Year (2011).

Benoit & Sergio are famous for their unique music style that doesn’t just create famous dance tracks but tells their life stories. The narrative mixed with special rhythms and melodies, while using the popular tech house and electronic pop styles make this duo one of the most famous bands in their niche all over the world. The duo was influenced by such artists as Talking Heads, Pavement, Roxy Music, and Paul Simon. Meanwhile, they stress the point of being original and creating their own special sound. They also listen to such contemporary artists as Isolee, Thomas Melchior, and Ricardo Villalobos. As a result, Benoit & Sergio produce tracks that create a special atmosphere, which combines the old yet effective music styles with the contemporary sound. This is the mix, which makes them so popular at the clubs and parties.

Benoit & Sergio are telling touching stories without showing an impressive vocal talent. The dance music they create is deep and includes the touching narrative. They come up with original characters while reading the text against a background of the special and sensuous music.

Benoit and Sergio met in Berlin at an after party. They immediately realized that they have something to offer each other and the music world. By combining their talents and imagination, they created impressive tracks, which they released on such labels as Spectral Sound, DFA, Visionquest, and more.

Even though some of their lyrics have a sad meaning and some critics call them unimpressive, the number of awards and accolades received by the duo shows otherwise. Besides being called Breakthrough Electronic Artists of the Year by iTunes, Benoit and Sergio entered the RA Top 10 Live Act twice (2011 and 2012).

Over the years, they released more than a dozen albums as well as several hit singles, including the popular “Everybody”, “Principles”, and “Let Me Count The Ways”. They continue to work on their music and perform live.