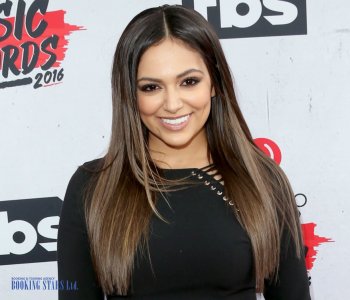 Bethany Noel Mota (born: November 7, 1995 [age 25]) is an American YouTuber from California. Her YouTube channel is currently at 9.8 million subscribers and 992 million video views as of December 6, 2020.

Her first YouTube channel, Macbarbie07 was created in 2009, she rose to fame for her haul videos, in which she shows her fashion purchases via the internet. She uploads videos of outfit and do it yourself ideas, makeup and hair tutorials, and recipes. In 2012, Bethany signed a deal with the YouTube network, "Awesomeness TV", in which she was on a talk show titled "IMO" (In My Opinion). She has since expanded into her own fashion and accessory line at Aéropostale. She has gone on a tour, known as  "The Motavatour" to meet and interact with fans, known as "motavators". On July 28, 2014 she launched her very own perfume. She has over 10 million subscribers making her the most popular beauty guru on YouTube, followed by Michelle Phan. She makes TV appearances too such as being on "Home and Family" with Kelly and Michael. She also starred on the 19th season of Dancing with the Stars, placing fourth overall.

Her favorite colors were pink, mint green and turquoise, now are gold, white and turquoise.
Some of her favorite movies are L.O.L and The Hunger Games.
Her collaboration she would want to do with another YouTuber would be Miranda Sings.
She is the first YouTuber to participate in Dancing With The Stars.
She calls her fans "Motavators".
Her clothing line is at Aeropostale.
Won the Teen Choice Award for "Choice Web Star: Female" in 2014.
She uploaded her first video at the age of 13. Mota was speaking quietly in the video because she didn't want her sister to hear and make fun of her which she would do often.