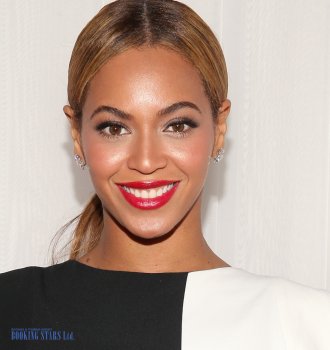 Beyoncé Knowles was born on September 4, 1981, in Texas. She is an internationally famous singer and actress. She holds a huge variety of music awards and sold over 100 million albums worldwide. In 2003, her album Dangerously in Love received five Grammy awards. As of today, Beyoncé is one of the most famous performers of the 21st century.

When Beyoncé was 7 years old, she became interested in dancing. Her dancing teacher was the first one to notice Beyoncé’s talent and she convinced the girl that she has a gift. Beyoncé went on to participate in various dancing contents. At one of them, she performed John Lennon’s “Imagine” and conquered the hearts of the audience. Beyoncé’s parents offered her tremendous support. Her father Matthew Knowles decided to become a producer and helped Beyoncé establish her own girl band. Girls Tyme rehearsed at Beyoncé’s home and gave local concerts. They constantly participated in various contests.

In 1995, Knowles signed the first contract with Electra Records. The label didn’t like the name of the group and changed it to “Destiny’s Child”. The band released five studio albums, 4 of which were immensely popular in both US and Europe. All of them received platinum status. The band received two Grammy awards. The band fell apart in 2002 and Knowles went on to a solo career.

In 2003, she released her first solo album Dangerously in Love. It was an immediate hit. The album sold over 11 million copies worldwide. It topped the USA Billboard 200, UK albums chart, Canadian Hot 100 as well as German and Irish charts. The album received 5 Grammy Awards. Beyoncé’s solo career was obviously a big success.

In 2006, Beyoncé released her second LP, B’Day, which sold over 540,000 copies in just the first week. It topped Billboard 200 and became extremely popular in the USA and beyond. The leading single from the album was “Déjà vu”, recorded with Jay-Z. The second single “Irreplaceable” was also highly commercially successful.

Beyoncé embarked on her first world tour, The Beyoncé Experience, in the spring of 2007. She gave hundreds of concerts in different countries and collected almost $90 million. At about the same time, the label released a renewed version of the second LP, which featured five new tracks. Among them was a single “Beautiful Liar”, which Beyoncé recorded together with Shakira. After the tour was over, the singer released a big DVD, The Beyonce Experience Live!

In November 2008, the artist presented her third LP, I Am… Sasha Fierce. It immediately topped Billboard 200 and sold about 480,000 copies in the first week. In January, the singer presented a single “At Last”, which was originally performed by Etta James. Beyoncé sang this song at the inauguration ceremony of Barack Obama. The new president and his wife danced while the artist was singing.

At the 52nd Grammy Awards ceremony, Beyoncé was nominated for 10 awards. She almost beat Lauryn Hill’s record of the number of nomination per year. She managed to win six of them and set a new record.

In February 2010, Beyoncé recorded a single “Telephone” together with Lady Gaga. The song topped American charts. The same year, the artist announced a six-month hiatus with the goal to find new sources of inspiration. During that period, Beyoncé traveled the world. She also participated in the Hope for Haiti Now charity telephone, which collected money for the victims of Haitian earthquakes.

The fourth album with the short name, 4, came out in the summer of 2011. In just one week, the album sold over 310,000 copies and topped Billboard 200. Again, it made Beyoncé the author of the best album of the year. She also became the third singer in history, whose four albums topped Billboard 200.

In July, the celebrity wrote an article titled Eat, Pray, Love for Essence magazine. In the article, she talked about things she achieved during the hiatus. It brought the singer a Writing Award from the New York Association of Black Journalists.

In the spring of 2012, People magazine put the singer on its list of the most beautiful women on the planet. In 2013, Beyoncé performed at the second Obama’s inauguration ceremony.

At the 55th Grammy Award ceremony, the singer earned an Award for the best R’n’B song, which was “Love on Top”. In February, HBO released a documentary about Beyoncé called Life is But a Dream. The artist directed the film herself. It featured childhood photos, numerous rehearsals, and exclusive family pictures. Many organizers wanted to book Beyoncé for private events at the time, but she was too busy recording new hits.

In 2013, the artist presented her 5th LP, Beyoncé. Critics called it a “visual” album because each song came with a music video. The leading hit featured in the LP was “Drunk in Love”, recorded with Jay-Z. It earned three platinum certifications in the USA.

In February, the singer presented a new hit “Formation” and filmed a successful music video for it. Beyoncé performed the song at the Super Bowl 50. After the performance, she embarked on The Formation World Tour.

In April, together with Topshop, she recorded a new LP. The 6th album was also visual, just like the predecessor. Lemonade featured 12 tracks, among which were such hits as "Sorry", "Pray You Catch Me", "Hold Up", "Freedom", and, of course, "Formation".

In 2019, Beyoncé lent her voice to one of the characters, Nala, in the animated movie Lion King. The same year, she presented a new live album, Homecoming: The Live Album, which was recorded in 2018 at the Coachella Festival.