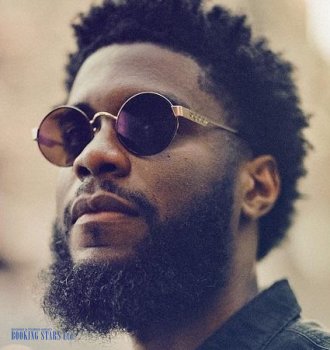 Justin Scott, better known as Big K.R.I.T., was born on 26 August 1986 in Meridian, Mississippi. His music career took off in 2005 when the rapper signed a contract with Def Jam Recordings. The very first single recorded by the artist brought him plenty of attention from the music critics.

Scott started learning how to play the cello when he was still in grade school. Back then, he learned how to sing as well. When Justin became famous, he started talking about his early years. It turned out that when he was young, the rapper didn’t have money for beats. He mastered MTV Music Generator for PlayStation, which allowed him to create them. The rapper also talked about being was influenced by such famous artists as Outkast, UGK, 8Ball & MJG, and Tupac Shakur.

Big K.R.I.T. started by releasing several mixtapes with other artists. Among them are Hood Fame with Wally Sparks and The Last King with DJ Breakem Off. Justin also became a guest singer when Currensy was recording his third album, Pilot Talk.

In May 2010, Big K.R.I.T. presented a new mixtape, KRIT Wuz Here, which earned positive reviews from the critics. After the release, the ex-CEO of G-Unit Records and vice president of Def Jam Records offered him a contract. In the fall, the singer embarked at The Smoker's Club Tour 2010. He got a chance to perform with Smoke DZA and Currensy. Many clubs wanted to book Big K.R.I.T. for different events.

In 2011, Big K.R.I.T. appeared on the cover of XXL Magazine. He got on the "Freshman Class" list. The list also featured such artists as Cyhi the Prynce, Meek Mill, Yelawolf, Mac Miller, Diggy Simmon, and Lil B.

In the spring of 2011, the artist presented a new mixtape. It was Return of 4Eva. The critics gave it excellent reviews. A representative of an online magazine, HipHopDX, called the mixtape emotional and conceptual. Slant Magazine reviewed Return of 4Eva and named it the best mixtape of the month. Both critics compared the rapper to such legendary musicians as UGK, Scarface, and Outkast.

In the summer of 2011, Big K.R.I.T. announced his debut LP, Live from the Underground. Initially, it was supposed to come out in September. However, the release was delayed until June 2012. In October and November 2011, the singer went on The Smoker's Club Tour 2011, at which he performed together with Method Man and Currensy.

Live from the Underground debuted on top of Billboard RAP, R & B, and Hip-hop charts. To support the LP, the rapper went on a tour with Slim Thug. In August 2012, Big K.R.I.T. gave an interview to a radio station, in which he announced working on an album, Country Cousins, with Yelawolf.

At the beginning of 2012, the rapper released a new mixtape, King Remembered In Time, with the support of Mike Will Made It, who also helped produce the next album. The debut single was "Shine On". Fans and critics gave it stellar reviews.

During an interview to Dead End Hip Hop in 2013, the artist hinted that he was working on a new studio album, the name of which was mentioned in his debut LP. Later, the album was announced as Cadillactica. The producers were Rico Love, DJ Toomp, and Jim Jonsin. In the spring of 2014, the artist released the first single “Mt. Olympus”. Soon he presented a new one “Pay Attention”. The album itself came out in November.

The rapper’s third LP, 4eva Is A Mighty Long Time, was released in October 2017. The album came out with the assistance of the singer’s own label, Multi Alumni. The LP debuted on the 7th spot of Billboard 200. It featured such hits as "Confetti", "Keep the Devil Off", "1999", and "Aux Cord".