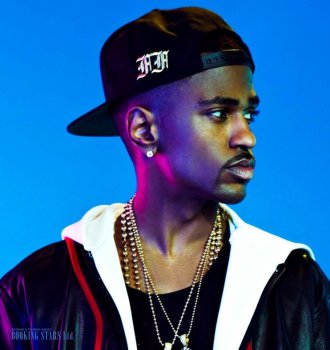 Big Sean (real name Sean Michael Leonard Anderson) was born on 25March 1988 in California. Three months later, his family moved to Detroit. When he was in high school, Sean participated in weekly rap battles, which were organized by a Detroit hip-hop radio station WHTD. Sean gained priceless experience and realized that rap was his vocation.

In 2005, during one of the battles, Big Sean met a famous rapper Kanye West. He appreciated Sean’s performance and accepted his demo album. Two years later Kanye and his label GOOD Music offered Sean a contract.

In 2007, Big Sean showed the world his 1st official mixtape Finally Famous: The Mixtape. The single "Get'cha Some" became a hit. Such magazines as The Source and Detroit Metro Times wrote positive reviews of the song. A little later, Sean released a music video for the single. It was directed by Hype Williams.

In 2009, Sean recorded the 2nd mixtape UKNOWBIGSEAN, which featured 30 songs.

In April 2010, Sean recorded a track with Drake. The song “Made” accidentally appeared online before the official release date. In an interview with TheHipHopUpdate.com Sean talked about his regrets. In his opinion, the song wasn’t polished enough to be released. In August, the musician released his next mixtape produced by Don Cannon. Finally Famous Vol. 3: BIG was recorded together with such artists as Bun B, Tyga, Drake, and others.

The leading single “My Last” from the upcoming LP was produced by No I.D. The song featured Chris Brown. Upon its release, the single topped Billboard’s Top Rap Songs and became Anderson’s best work to that date. Fans started inviting Big Sean to private events.

Sean’s debut studio album Finally Famous came out in June 2011. It included such hits as "Marvin & Chardonnay", "My Last," and "Dance (Ass)". To release the LP, Sean enlisted such artists as Kanye West, Nicki Minaj, Rick Ross, and many others. The album debuted on the 3rd spot of Billboard 200. A while later, it was certified platinum by RIAA for selling over a million copies.

In 2012, Big Sean released the next mixtape Detroit, recorded together with J. Cole, Kendrick Lamar, French Montana, and others. A month later, he released the leading single from the upcoming LP. “Guap” was produced by Key Wane and Young Chop. It reached the 21st spot on Billboard Hot 100.

In February 2015, the album Dark Sky Paradise came out. The LP immediately topped Billboard 200. A year later, it was certified platinum in the USA.

In 2016, Anderson released the leading single of the upcoming 4th LP.  "Bounce Back" reached the 6th spot of Billboard Hot 100 and was certified platinum three times. The LP I Decided came out in February 2017. It was Sean’s second album to top Billboard 200.

In 2017, Big Sean released "Pull Up N Wreck" featuring 21 Savage. The song reached the 80th spot of Billboard Hot 100.  A month later, his next LP Double or Nothing debuted on the 6th spot of Billboard 200 and the 2nd of Top R&B/Hip-Hop Albums chart.