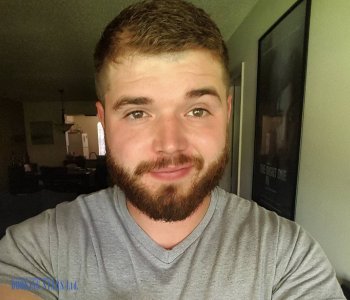 Anthony Brown, also known as BigJigglyPanda is a gaming YouTuber closely associated with the "Vanoss Crew". He is best known for his high-pitched, wheezing, and sometimes gargling laugh, his exploding rage, his weird and twisted sense of humor, often coming out of nowhere as well as his obsession with corpse-launches. He is considered the underdog of the crew as he often ranked bottom on the scoreboard in most games, with the exception of Skribbl.io where he tends to get the answers straightway, much to the bewilderment of his friends.

His Garry's Mod character is a man wearing nothing but a pair of sandals, underpants and a panda hat, referred to as the "Homeless Man". He would occasionally add some attires such as wristbands on the character.

Panda created his channel in November 2010, originally going by the name I ARE PANDA, but it wasn't until a year later where he would start uploading videos. His early videos mainly consisted of Call of Duty. He would collaborate with other YouTubers, including GassyMexican and Rowtendo. Around this point, he later changed his channel name to BigJigglyPanda.

Panda, along with I AM WILDCAT (whom Panda once played with for a MW3 video) and Moo Snuckel, received a message from VanossGaming to collaborate and make videos together and form a "crew". Since then, he commonly appears in Vanoss' videos, along with others.

In late 2012, Panda entered a partnership with Machinima, and produced a series called 2 Bears 1 Movie in collaboration with YouTuber EatMyDiction (now simply known as Diction), where they talked about bad movies while playing games. It is unknown when the Machinima partnership ended.

Panda was absent for most of 2013 to focus on his job as a manager in Office Depot. He returned about a year later to pursue a career on YouTube full-time.

On April 6, 2018, while at PAX East, Panda hit the one million subscribers milestone.

In fall 2018 he launched a new logo and new merchandise shop.

Throughout 2019, he and Mini Ladd embarked The Demonitized Tour, a improvisational comedy tour across America. There were plans to continue touring in regions such as Europe and Australia, but they were halted as a result of the COVID-19 pandemic and Mini Ladd's pedophilia controversy.

He usually uploads one video a day. Like most of his crewmates, his contents mainly consist of "Funny Moments with Friends", although he does upload solo gameplay, usually of Happy Wheels and Pokémon cards unboxing. Occasionally he would upload lifestyle-oriented videos such as vlogs and Reddit reactions.

Since Febuary 2020, he has been a co-host of The Wildcast along with WILDCAT, where they interview and chat with various other content creators and online personalities.