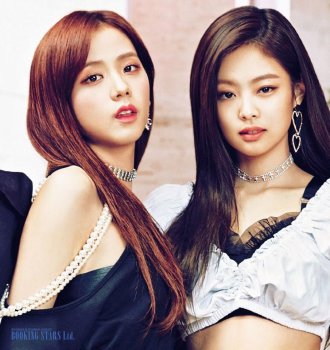 South Korean group BLACKPINK (also written as Black Pink and BLΛƆKPIИK) was formed in 2016 with the support of SM Entertainment. The lineup includes Jisoo, Jennie, Lisa, and Rosé.

At the beginning of 2016, SM Entertainment held auditions to find members for a girl band. Before that, the company mostly specialized in creating boy bands. Its previous experience with a girl group dates back to 2010. At that time, they worked with 2NE1.

In June 2016, the lineup was finalized. In August, the group already recorded its first single “Whistle”. The producers were Teddy Park and Future Bounce. The song was written by Kim Hanbin, Teddy Park, and Bekuh BOOM. The single topped South Korea Gaon Digital Chart and came in second on US World Digital Songs. At that time, many event organizers tried to book Black Pink’s performance.

The group’s second single "Boombayah" reached the 7th and 1st place of the above charts accordingly. The next song “Playing With Fire” also became a hit. It reached the top of US World Digital Songs Chart and came in third on South Korea Gaon Digital Chart.

“Stay” was the last song recorded by the girl band in 2016. It became very popular among South Korean fans. The single reached the 10th spot of the South Korean Gaon Chart and settled on the 4th position of US World Digital Songs. The group filmed music videos for each of the above singles. All of them became highly popular on YouTube. For example, the music video for “Stay” collected more than 135 million views.

In June 2017, the group made the fans happy one more time with a new hit “As If It's Your Last”. It had a slightly different style than the group’s previous work, but it didn’t affect its popularity. It should be noted that in just 17 hours after the release of the music video for the single, it collected more than 10 million views on YouTube.

In August 2017, the artists released a debut EP, which was created for the Japanese audience. The album, which the called Blackpink, featured the previously recorded hits, "Boombayah", "As If It's Your Last", "Playing with Fire", "Stay", and "Whistle". The EP topped the Japanese Oricon Album Chart.

To support the album, the band went on a tour of Japan called Black Pink Japan Premium Debut Showcase.

The year 2018 was a busy one for the group. In June, the musicians recorded a new single "Ddu-Du Ddu-Du". The song topped South Korea Gaon Digital Chart and US World Digital Songs. It also appeared on the charts in Canada, France, and China.

In December, the artists released their debut LP, Blackpink in Your Area. It featured nine tracks, the majority of which were previously released hits. New songs were there as well. The LP was released in two versions, one for Korean and one for the Japanese audience.