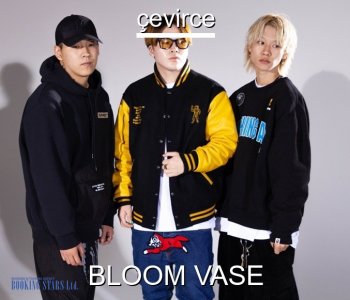 Next Fire is a weekly show hosted by Hina from J-girl group Faky and TikToker Shuichiro on the TikTok Live platform that highlights an up-and-coming J-pop act each month, based on Billboard Japan’s newly-launched Japan Heatseekers Songs chart. The hybrid program streams performances and in-depth interviews by the featured act and explores new ways for fans to experience live music.

Bloom Vase opened its livestream show with “Pop Corn,” in which the three young MCs took turns rapping over a chill, synth-heavy beat. “How’s it going, Ove?” Ruru asked his band member after the opening track, and in lieu of the next song’s introduction, Ove (pronounced “Oh-veh”) replied, “I wanna go to lunch with Dragon Ball’s Bluma,” then launched into their catchy banger “Bluma to Lunch.”

The trio checked the comments from fans being sent their way on the tablets onstage and engaged in friendly banter with each other and with viewers. They then went on to perform their uplifting, encouraging “Oh My Go!!!” before closing the livestream with the laid-back “Childays,” the group’s representative track that first took off on TikTok.

Bloom Vase’s first livestream on the short movie platform was flooded with comments begging for an encore performance, visualizing the rap group’s popularity among the app’s user base. 38,220 fans tuned in to see the rappers perform live.

A pre-recorded interview by the rising rap group will stream on Feb. 19. from 8:00 p.m. Japan time.