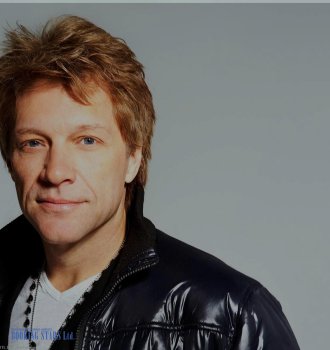 A legendary American musician Jon Bon Jovi founded the group Bon Jovi in 1983 in New Jersey. The artist was born on 2 March 1962 in the same state. His parents didn’t have anything to do with the music business. However, the boy demonstrated unique talent rather early. He learned how to play the guitar and performed with local teenage bands.

The singer’s cousin liked his performances and allowed Jon to use his recording studio equipment. The first song presented to the public was “Runaway”. It appeared on the local radio stations. At that time, many people already realized that Bon Jovi had a bright future.

In 1983, Bon Jovi created a band, which he called after himself. Initially, the lineup included six members, one of whom was Jon. A year after the formation, the group signed a contract with Mercury Records. It was a big success for aspiring musicians.

In 1984, the artists presented their first LP, Bon Jovi. It climbed to the 43rd spot of Billboard 200 and eventually sold over 3.5 million copies worldwide. Inspired by the success, the band started working on the next album, 7800° Fahrenheit, which came out a year later. The new LP sold numerous copies and stayed in the most popular charts for several weeks.

In 1986, Bon Jovi released its third LP, Slippery When Wet. Two years later, they presented New Jersey. Both albums were highly successful and earned numerous platinum certifications all over the world. Many fans wanted to book Bon Jovi for private events. At that time, the artists rarely agreed since they were busy recording new hits.

The band had to undergo formidable stress and internal conflicts. However, all artists managed to deal with the difficulties. In 1992, they presented a new LP, Keep the Faith. Three years later, These Days came out.

While working with the band, Jon was also pursuing a solo career. One of his albums, Blaze of Glory, brought him numerous prestigious awards. In 1997, Jon presented Destination Anywhere, which became popular in the USA and beyond.

In 1998, the group took a short break, which was interrupted by the release of a popular single “It’s My Life” in 2000. The song topped numerous charts, turned into an international hit, and became a part of a new album, Crush.

In 2004, the group celebrated its 20th anniversary with a release of a huge compilation album, 100,000,000 Bon Jovi Fans Can’t Be Wrong, which became very successful. Besides old hits, it featured songs, which were never released before.

In 2005, Bon Jovi presented a song, "Have A Nice Day". An album with the same name came out a little later. When Bon Jovi released a new single, "Who Says You Can’t Go Home", fans and critics started calling it the first rock group, which managed to achieve such high results on American charts.

In 2007, the group decided to record a country music album. It was a successful experiment. The LP Lost Highway immediately topped Billboard 200.

After a big tour to support the album, the musicians began working on a new project, the release of which was planned for 2009. The lead single was "We Weren’t Born To Follow". In the first week after the release, The Circle topped Billboard 200 and sold over 100,000 copies. The same year, Jon Bon Jovi was inducted into the songwriter’s Hall of Fame.

In 2010, Bon Jovi embarked on a tour to support the album. The group earned over 200 million dollars on tickets.

In 2013, one of the group members, Richie Sambora left right before the next big tour. However, Bon Jovi quickly found someone to replace him.

In 2016, the group presented a new LP, This House Is Not for Sale. The same year, Universal Music Enterprises and Island Records released new versions of the group’s LPs on vinyl.