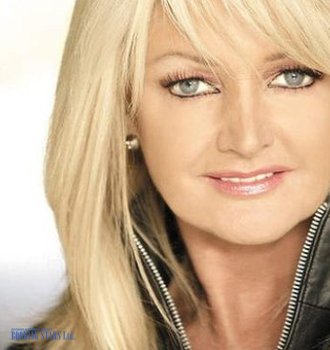 Bonnie Tyler is a popular UK singer, who was nominated for a Grammy Award three times. Her real name is Gaynor Hopkins. The artist was born on 8 June 1951 in South Wales. She spent her childhood in a small town with three sisters and four brothers.

Gaynor’s family listened to different music. Hopkins showed her talent when she was very young. The first song she performed for her family was a religious anthem. The young girl attended the church choir but thought it was boring. At home, she listened to blues and rock-and-roll.

When Gaynor graduated from high school, she got a job at a nearby store. The young woman honed her talent by performing at a local nightclub. At 18, Hopkins participated in a singing contest. It was arranged for local amateurs in her hometown. Gaynor came in second. That small victory helped the artist decide to devote her life to music.

Hopkin’s next achievement was a victory in another contest. She performed a popular song, “Those Were the Days”. Gaynor was chosen by the judges out of several hundred teenagers. The victory helped her become a part of a band, Bobby Wayne and the Dixies. After some time, the singer formed her own group, Mumbles, the name of which was later changed to Imagination. The band performed in bars and nightclubs. At that time, Gaynor decided to take a pseudonym, Bonnie Tyler, with which she eventually became a famous singer.

In 1975, Tyler signed a contract with RCA Records and recorded her first official single, “My Honey”, which didn’t become popular. It was one of the few songs recorded with the singer’s original voice.

In 1976, Bonnie had to go through a vocal nodules surgery. The operation went well, but Bonnie’s voice changed and acquired some huskiness. Many fans compared her “new” voice to that of Rod Stewart and Tina Turner.

In 1977, the singer released her debut album, The World Starts Tonight, and embarked on a promotional tour. Her second LP, Natural Force, came out in a year. The single “It’s Heartache” reached the 4th spot of the UK Singles Chart and topped many European charts. The album sold over 6 million copies. Many fans wanted to book Bonnie Tyler for private events at the time.

Tyler’s third and fourth LPs, Diamond Cut and Goodbye to the Island, were less successful than the predecessor. So the singer decided to work with another label and started collaborating with the producer Jim Steinman. The fifth album, Than the Speed of Night, came out in 1983. It featured covers of classic rock songs. With them, Steinman decided to highlight Bonnie’s unique vocals.

Soon, Tyler released a hit single "Total Eclipse Of The Heart", which appeared in the movie Dance of the Vampires. As of today, the music video for the single collected over 600 million views.

Together with Jim Steinman, the singer recorded several albums, the majority of which became successful. They stopped working together after the release of the LP, Hide Your Heart in 1988.

In the 1990s, Bonnie started working with a famous German producer Dieter Bohlen, who offered her collaboration. Their debut LP was Bitterblue, which came out in 1991. The album was very successful all over the world, getting numerous platinum certifications.

The next two albums, Angel Heart and Silhouette in Red, were less successful than the predecessor. Bonnie tried to get her popularity back by signing a contract with Warner Music. The label invited several famous producers to work on the new LP, Free Sprint. Jim Steinman was among them.

The next LP, All in One Voice, came out in 1998. It featured pop-folk songs. The album didn’t become popular, mostly due to bad marketing efforts. After its release, the singer took a break.

In 2003, she came back with a compilation album, which featured covers and orchestra music. The same year, the singer’s new LP, Heart Strings, appeared on high spots of the charts. A year later, she presented a new album, Simply Believe.

Bonnie’s next album, Wings, which came out in 2005, featured songs, which were co-written by Tyler. Another album came out eight years later. It was Rocks and Honey. The same year, the singer performed on Eurovision and came in 15th.

In 2019, Tyler released her next LP, Between the Earth and the Stars. It reached the 34th spot on the UK Singles Chart. 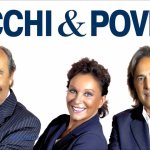