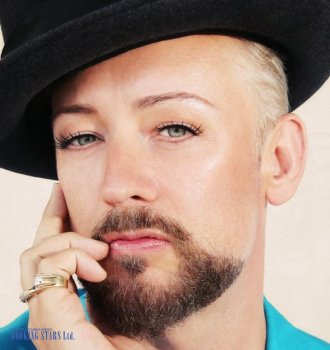 Boy George, the English singer-songwriter who was part of the New Romantic movement in the late 70s and early 80s is one of the most recognisable British pop stars of his generation. He first shot to international stardom as the front man of Culture Club and went on to sell over 50 million albums and have top 10 hits in almost every country around the world. A singer, actor, DJ, artist, photographer, fashion designer and cultural icon, Boy George has constantly reinvented himself and remains one of the world’s most treasured celebrities.

‘Do You Really Want To Hurt Me’ and ‘Karma Chameleon’ might be his most enduring hits, but Boy George has constantly reinvented himself throughout his career and now tours the world as a DJ, playing clubs all throughout Ibiza as well as places like Ministry of Sound in London. Though still performing gigs as Culture Club (in places like Dubai and Sydney featuring the original line-up of Jon Moss, Mikey Craig, and Roy Hay) George is working with contemporary stars like Mark Ronson and continuing to work as an actor, fashion designer, artist and photographer. Other notable achievements include his hit musical, Taboo. Performances ran both in London and on Broadway through 2004 and the score was nominated for a Tony Award. 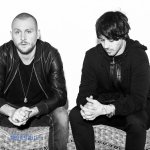