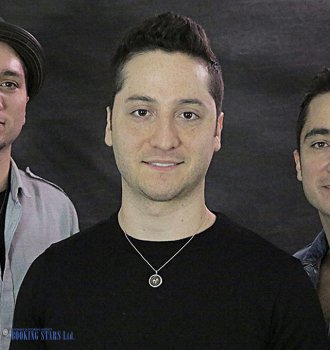 Boyce Avenue was formed in 2004 in Sarasota, Florida. Its founders are three brothers:

For the first time, the brothers performed together in 2000. It was a local school concert with 350 attendees. Four years later, when Daniel graduated from Harvard, the three brothers got back together to form Boyce Avenue. At first, they performed in their native Sarasota. When Alejandro and Fabian were studying in Florida State University, they met a drummer Steven Hatker, who assisted the group during live concerts. The brothers and Steven continued trying their luck on local stages.

In October 2006, the group recorded first three singles in a studio in Atlanta. In 2007, the musicians participated in the lyrics contest and made it to the semi-finals. In order to share their music with a bigger audience, Boyce Avenue began recording music videos for their songs as well as for covers of the famous singles. They uploaded the videos to YouTube. It brought the group much more popularity than their previous performances.

In March 2008, the band released its first LP, All You Meant to Be. Alejandro performed the majority of the songs.

In January 2009, Boyce Avenue performed at its own show in New York at Mercury Lounge. The tickets were sold out. In February, after signing contract with Universal Music Group, the group went to tour the Philippines. In September and October, the artists toured Europe. They gave concerts in the UK, Ireland, Germany, and France.

At the beginning of 2010, Boyce Avenue went to the Philippines one more time to perform with Kris Allen and a hip-hop group Jabbawockeez. In the spring, they toured Europe once again, In June the group presented its second LP, All We Have Left, which climbed to the 7th position of t Top Heatseekers Chart. The album contained previously recorded songs as well as new ones. The same year the group broke off their contract with Universal Music Group and started working with 3 Piece. At that time, many organizers tried to book Boyce Avenue directly.

In 2011, the group focused on giving concerts. The artists toured the USA, Canada, Australia, and Europe. In November, tickets were sold out for a concert in London, Dublin, and Cologne. The same month, the artists released a music video for the song “Dare To Believe”. In December, when the number of their YouTube subscribers reached a million, the brothers presented a music video for “Find Me”.

In 2013, the trio was invited as judges to the America version of The X Factor. The same year, Boyce Avenue went on a big tour of Europe and America. In August, it released the first concert album, Live in Los Angeles. A little later, the brothers recorded a single “One Life”, the proceeds from which went to charity.

In 2014, Boyce Avenue was touring Europe, giving concerts on such stages as Hammersmith Apollo in London, Waterfront in Belfast, and Stadtpark in Hamburg. In March, the group visited Spain for the first time. All the tickets to their Barcelona and Madrid concerts were sold out. In April, the group recorded an EP, No Limits, which reached the 14th spot on US Heatseekers Albums Chart.

In April 2016, the artists finished working on a new album, Road Less Traveled, and went on a new big concert tour to Canada, Europe, Asia, and Australia. In 2017 and 2018, the band continued giving concerts all over the world. 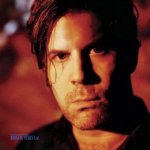