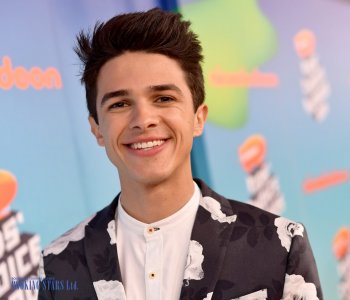 Brent Rivera is a YouTuber and a social media influencer. He was born on January 9, 1998, in Huntington Beach, California. He completed his schooling from California.

Brent has two brothers named Brice and Black and a sister, Lexi. His mother’s name is Laura Marie Paternoster and father’s name is John Rivera. The actor shares a close bond with his mother.

Brent dated Eva Gutowski in 2019 and, as per reports, he also dated model Morgan Justus previously. Brent is usually seen hanging out with his best friend Pierson. He started his career at the age of 10 and started making videos. The actor got famous on the Vine app. He also worked in the TV show Alexander IRL. He played the role of a student name Alexander. He also worked in shows like How to Survive a Break-Up and Light as a Feather. Apart from being an actor, Brent is also a director. In the year 2013, Brent was also among the famous Viners because of his videography and acting.

Brent has over 11.8 million followers and 2 billion overall views on YouTube (as of March 30, 2020). One of his most viewed videos on YouTube has crossed over 32 million views. The video is titled as Little Kids Nowadays. He uploads content every week related to pranks, challenges, and comedy. The actor has collaborated with his mother, sister and brothers in many YouTube videos.

As per reports, his net worth is $6.5 million. Brent Rivera also charges a huge amount of money for his shows. He also earns money from brand endorsing and his YouTube channel. Brent also has his own clothing line that is known as Relatable Apparel.

He loves entertaining his audience on social media. Brent takes ideas from his friends and fans based on what video they want to watch next. As per reports, the actor is also a philanthropist and has donated for various causes and helped many people.