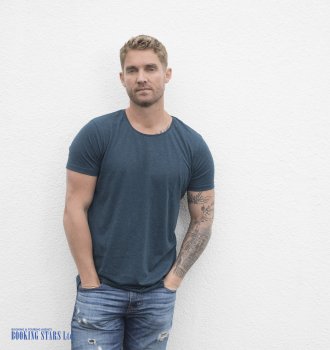 Brett Charles Young was born on 23 March 1981 in Anaheim, California. The future singer attended Calvary Chapel High School in Costa Mesa. Then he went on to study at several colleges, including University of Mississippi, Irvin Valley College, and Fresno State. The young man started singing back in high school. The church choir was lacking one person, and Brett helped it out. His vocal talents were already impressive at the time.

In 1999, Young became interested in baseball. He played for the school team and was a real leader, who inspired fellow players. Young’s team won several local competitions. For his success as a player, colleges offered to pay for his tuition. However, in 2003, during a game, Brett hurt his elbow. The doctors told him to forget about a career in baseball.

Later, Brett told reporters that during the period of his life, when everything seemed to go wrong, he heard Gavin DeGraw’s album Chariot. DeGraw’s songs inspired Young to go back to singing. After several years of trying to become famous, in 2007, the singer released an EP, which featured four songs. The album didn’t become popular.

Between 2013 and 2016, the artist didn’t release and work. He seemed to study new styles, analyze music, and look to change his personal approach.

In February 2016, Young recorded a promotional single “Sleep Without You”, which later became a part of his debut LP. The single was a huge hit. It reached the 2nd spot on Country Airplay, the 3rd spot on Hot Country Songs, and the 7th spot on Canadian Country Chart. The song was commercially successful. It sold 377,000 copies and earned a platinum certification in the USA.

In January 2017, Young made his fans happy by releasing another hit. The song "In Case You Didn't Know" reached top spots on American and Canadian Country Song charts. It sold more than a million copies. At that time, many event organizers tried to book Brett Young, but it wasn’t easy. In July, the singer released another popular song "Like I Loved You". The single earned a platinum status from RIAA.

All the above-mentioned singles were featured in Brett’s debut studio album Brett Young. Initially, in 2016, the artist released an EP with the same name, but it didn’t become commercially successful. In order to boost the profits, the singer added songs, and the LP came out in 2017.

The LP earned high scores from the critics. It reached the 2nd spot on Hot Country Songs, climbed the 18th position on Billboard 200, and settled on the 26th spot of Canadian Albums Chart. The album featured such hits as "Close Enough", "Olivia Mae", "Left Side of Leavin'", "Makin' Me Say", "Beautiful Believer", "You Ain't Here to Kiss Me", "Memory Won't Let Me", "Back on the Wagon", and "Mercy".

Brett is working hard on his music career. He records new songs and performs live.