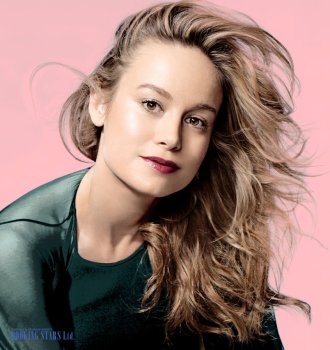 Brianne Sidonie Desaulniers was born on 1 October 1989 in Sacramento, California. After her parents divorced, Brie moved to Los Angeles with her mother and sister. She wanted to become an actress since childhood. The young artist decided to use a pseudonym because her last name with French origins is very hard to pronounce. So Brie came up with Larson.

In 1998, Larson debuted on the TV screen in the talk show The Tonight Show with Jay Leno. On the big screen, she appeared in 1999 in a short film Special Delivery.

In 2001, Brianne got the leading role in the TV series Raising Dad. The project brought the young actress her first prestigious nomination for Young Artist Awards as "Best Performance in a TV Comedy Series – Leading Young Actress".

In 2004, for the role in a teenager comedy Sleepover, Larson got another nomination for the same award. However, this time it was a joint effort with other cast members for the "Best Performance in a Feature Film – Young Ensemble Cast" category.

In 2006, Brie was again nominated for Young Artist Awards. This time she earned the nomination for the leading role in the comedy Hoot. Larson wrote the lyrics and performed the soundtrack for the movie. "Coming Around" made it into Billboard 200.

In 2009, an independent film Tanner Hall premiered on the Toronto Film Festival. Larson had one of the leading parts. She portrayed Kate.

Between 2009 and 2011, Brie worked on the role of the main character’s daughter in the TV series United States of Tara about a woman with a dissociative identity disorder.

In 2011, she played together with Michael Carlyle Hall in a comedy The Trouble with Bliss. The same year, Brie appeared in the short film Weighting. This time, Larson didn’t limit her work to acting. She also co-wrote the script and was one of the directors.

In 2012, Brie showed off her talents as co-scriptwriter and co-director in the short movie The Arm. The film brought Brianne a special prize at Sundance Festival.

The leading role in the movie Short Term 12 (2013) brought Larson a Best Actress” award at Seattle International Film Festival. In addition, she received 30 awards and nominations. It was a real breakthrough in Larson’s career. She started getting numerous offers and invitations to private events.

The biggest success came to Brianne when she performed in the movie Room. Critics gave the film great ratings and highlighted Larson’s work in their reviews. The leading role in this movie brought Brie an Academy Award, a Golden Globe Award, a British Academy Film Award and over 60 more awards and nominations.

In 2017, Brie appeared in four movies, Kong: Skull Island, The Glass Castle, Basmati Blues, and Unicorn Store. In each one of them, she had the starring part. On the latter, she worked as a producer and director.

In 2018 and 2019, the actress is expected to appear in two superhero movies, Captain Marvel and unnamed Avengers 4. She has the leading role of Carol Danvers/Captain Marvel.